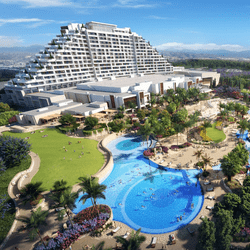 In the second quarter of 2023, the Melco Resorts & Entertainment Group is to open the €550 million City of Dreams Mediterranean hotel-casino in the coastal city of Limassol on the island of Cyprus. For this, it has a great need for well-trained staff.

That’s precisely why he’s about to open a new school to train croupiers who will run the tables dedicated to traditional games in his future complex.

He seems to think that the best way to do that is to train as many of them as possible from the start. That’s why he will soon be offering a school that will provide 3-month training courses to learn the basics of being a croupier.

Of course, several games will be covered such as roulette, blackjack, baccarat and texas hold’em of course as well as the etiquette to adopt around each table dedicated to these great casino classics.

The first 2 training sessions have already been announced

The first training session will start on Monday, December 5th. It should allow the future students to acquire all the necessary skills such as adaptability, dexterity and perfectionism among others in order to animate the games on the tables dedicated to traditional games.

It is important to recognize that dealers are the ones who interact with customers the most. They can be seen as the face of the company. For this reason, they must demonstrate the highest industry standards as professionals.

A second session is already scheduled to begin on Monday, January 9, 2023. Others will follow. Melco Resorts & Entertainment Group is determined to train as many dealers as possible.

City of Dreams Mediterranean: the largest hotel-casino in Europe

Based in Hong Kong, the Melco Resorts & Entertainment Group is one of the largest hotel-casino operators in the world. It currently employs over 20,000 people, mainly in Asia and Europe. It is most famous for its gaming establishments located in Macau.

We can mention for example the Altira Macau opened in July 2007 or the Studio City Macau opened in October 2015. It is also present in the Philippines. It operates the City of Dreams Manila in the capital of the country.

It was during 2018 that the Melco Resorts & Entertainment Group obtained a 30-year license that is to allow it to build the largest hotel-casino in Europe.

It’s the City of Dreams Mediterranean, which will bring together more than 500 upscale rooms and suites, an outdoor amphitheater, a family adventure park, restaurants and stores. Covering an area of 7,500 square meters, the casino itself will feature 1,000 slot machines and 100 gaming tables.