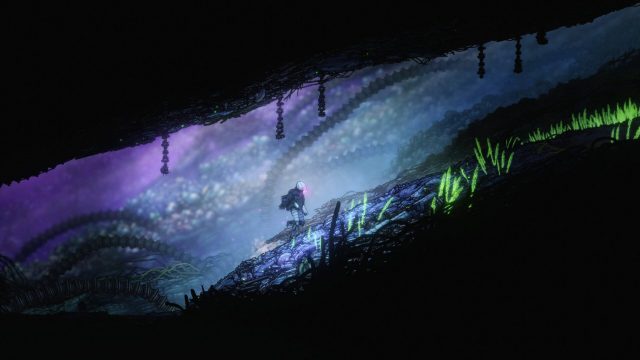 The Metroidvania from Humble Games unveils its release date and lets us, on the occasion, glimpse with a new video.

Sending players to a moon named Lorian, Ghost Song will narrate the adventures of a robotic entity that, stripped of all memory, will wake up in the unknown and will walk the dangerous lands that surround it in search of answers. But, fortunately, it will not be defenseless and will be largely able to repel all the offensives of the creatures that swarm in the desolate places that the game will present.

Thus, it will be tortuous paths, a fairly substantial arsenal and other elements that define the genre of Metroidvania that will logically await players wishing to get their hands on this title developed by Old Moon and published by Humble Games.

If we can indeed see what awaits us, the new trailer released serves primarily to draw attention to the release date of Ghost Song. And it will be on November 3rd on PS5, PS4, Xbox Series, Xbox One and PC. It will also be offered by Game Pass on the day of its release.