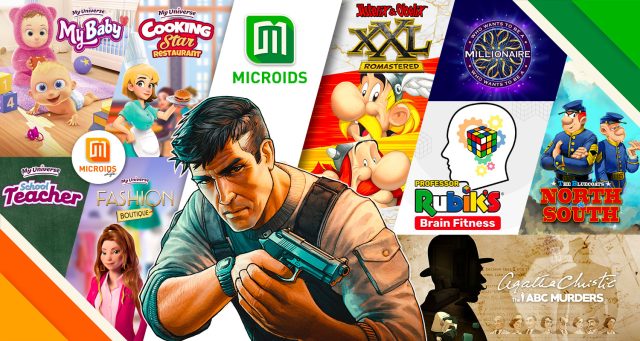 After China, the growing studio Microids is aiming for another part of the world and settles in Berlin in order to sign agreements with the Germanic market.

Always in its strategy of world conquest, the French studio Microids has announced the opening of a new international officethis time in Germany. After China and Lyon (yeah well, there for the conquest we will come back), the group is now developing its presence in Berlin to continue its expansion abroad.

The studio, who has been accumulating licenses for a few months by having announced dozens of games adapted from comics, novels or TV series, has achieved a historical turnover of more than 55 million dollars in 2021, 85% of which outside France. Its growth is increasing further, as the company’s numbers have soared by more than 60% in one year.

Through the creation of our distribution network in France with MDF, the opening of two internal studios in Paris and Lyon as well as the acquisition of a stake in OSome Studio, these last two years have been decisive for the Microids group. […] After opening an office in Japan, 2021 was also the opportunity to open an office in China, which allows us to develop in Asia but also to expand our catalog. The opening of the German office gives us the opportunity to increase our growth in Europe, and we are proud to entrust this mission to our close collaborator Julien Renzaho.

In Berlin, the studio will have to set up new distribution agreements with the main players in the Germanic market (Germany, Switzerland and Austria) which we know have a big scene of management and simulation games in particular, but also of adventure games which may be of interest to Microids.

READ :   The Ascent is coming to PS5 and PS4 according to ESRB