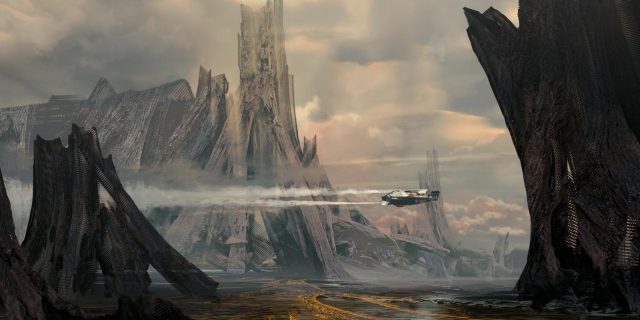 Certain Affinity, a studio renowned for having supported the work of the developers of the Halo franchise, is recruiting for a new free-to-play… which will take advantage of the blockchain.

A free-to-play shooter taking advantage of the blockchain? Said like that, we have the impression of having announced several in recent months and the madness of NFTs. And… Actually, yes, that’s true. Certain Affinity is planning a newu free and multi AAA game project with a live-service oriented economy, as many studios have done.

Co-developer of Halo Infinite, Halo 4 and Call of Duty: Modern Warfare Remastered, in charge of multiplayer for Halo: The Master Chief Collection and Call of Duty: Ghosts, the studio is recruiting a “Lead Metagame Systems Designer” who will be expected to “design and implement game systems for single and multiplayer games”, with experience in NPC AI management, in-game economies. Additionally, he must have a passion for free to play and live-service games.

READ :   A Gears of War Collection coming to PC and Xbox? News @VGR

Required experiences on blockchain and UE4

On another offer, we can also learn that candidates must have “blockchain experiments”, hinting that the game will be based on this technologyjust like Last Expedition, the other project that still has no release date but was announced as the whole first play-to-earn.

In the rest of the job offer, we finally discover that it will be a “new original IP”, a shooter without doubt FPS, planned under Unreal Engine 4. Candidates must know how to develop for PC, consoles and mobiles. According expute, these offers seem to be different from those for Last Expedition, which suggests that it is indeed a new title. And to recall that in January, Jez Corden had announced another multiplayer project called “Project Suerte” Xbox exclusive for 2024.