Moss: Book II is about to return to the front of the stage in a few weeks and is revealed little by little.

On the occasion of the Playstation Indies, Moss: Book II gave us a new batch of information about it via a long article on the Playstation Blog site. Immersion, level design, gameplay, everything goes.

We learn for example that, more than ever, immersion will be at the center of the experience. Already in the first episode, the player was an integral part of the adventure, of the universe, Quill reacted to our actions and could even interact directly with us.

We were not just a simple spectator, but indeed a major player in soft.
A sensation that Polyarc says it has accentuated with Moss 2. Thus, our little companion will capture our presence, interact with us again in new forms, and many new features, often technical, we will integrate even more into the experience. As a bonus, Quill will be entitled to a whole range of animations and intelligent behaviors making it more alive than before.

The team used a command script to create and embed animations inside the scenes. By chaining pre-existing gameplay logic with animations, the system produces smooth transitions between cutscenes, vignettes, and playable sequences, giving Quill more lifelike autonomy.[…]Just like in real life, grass and ferns move when you run your hands through them, candle flames flicker when you walk past them, and water turns cloudy when you touch it.

The developers announce that they have also reinforced this feeling of gigantism and miniaturization so dear to the first opus. The levels of Moss: Book II will therefore be larger and interconnected to form one whole. This will further miniaturize Quill and make the player even more imposing than before. Studio Says It Upped the ‘Honey, I Shrunk the Kids’ Aspect

In Moss: Book II, we can’t wait to bring back that feeling of grandeur with the addition of much larger areas to explore. Not only are the areas larger, which highlights the small size of your mouse, but it also allowed us to create gigantic multi-dimensional puzzles 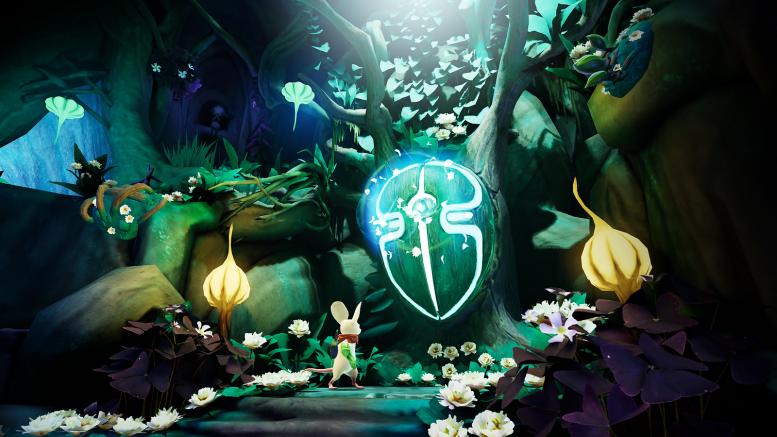 What’s more, puzzles will have an even bigger role, as will platforming and exploration. It will also be possible to return to places already visited and even to discover them from a new angle to unearth secrets invisible during your first visit. A way to extend the lifespan but above all to offer the player the opportunity to feel free and on the move.

You’ll soon discover that all areas of Moss: Book II are interconnected, which not only enhances the spatial understanding of the universe, but also allows us to add tension with surprising storylines.[…]Now, when you return to an area, you might see it from a whole new perspective with the camera, find it full of visual differences as you progress through the story, or be able to solve past mysteries with recently discovered tools

It remains to be seen if all the promises will be kept, but in any case, we have excellent memories of the first opus. On his side, Moss: Book II is set to arrive this spring on PSVR and maybe of course PCVRwho knows.