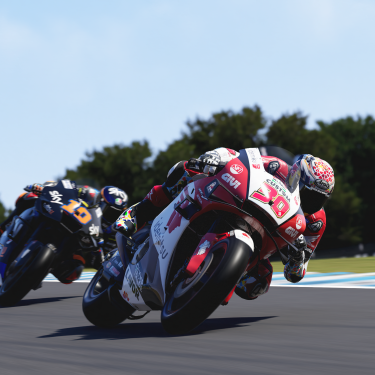 Yes I know, I pumped up my 2021 intro with impunity. But at the same time, it wasn’t me who started it, it was Milestone, which once again announces a new installment of its MotoGP franchise. And even though her name is MotoGP 22 because it’s easier to navigate.

The next chapter of motorcycle simulation is coming April 21, 2022 on PS4, PS5, Xbox One, Xbox Series, Nintendo Switch and Steam. New features are already announced including a new game mode: (NINE) Season 2009, which will allow you to relive the most impressive seasons in the history of MotoGP.

A documentary by 50 minutes of original footage from the 2009 season will also be included, with related challenges to relive the races, as Rossi, Pedrosa, Stoner and Lorenzo. Among other new features, a reworked tutorial and an in-game adaptive difficulty system.

Finally, more than 120 riders from the 2022 season and more than 20 official circuits will be available, as well as 70 historic riders and their bikes, in the usual modes including career mode. For the first time in the series, the game will also add a local two-player split-screen mode (except on Switch). It will also be possible to play online (except on Switch).