A few months after the rumors, Electronic Arts confirms the presence of Codemasters Cheshire on the new Need for Speed, with Criterion.

This is good news for players, the MotorStorm saga on PS3 having been a great success for the console. As rumors said some time ago, Codemasters Cheshire is of course planning the next Need for Speed ​​for the end of the year or the beginning of the year 2023. 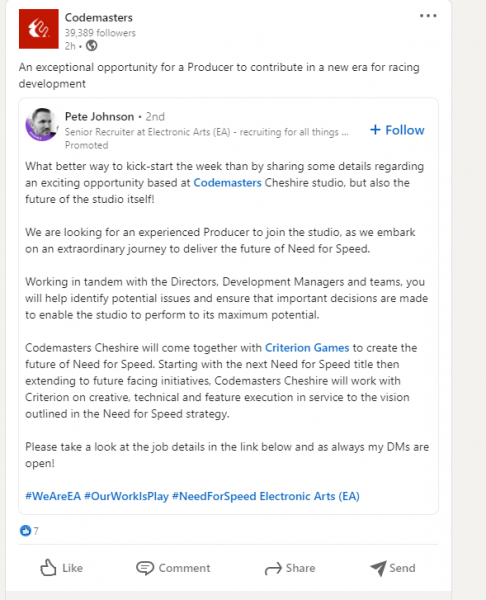 Codemasters Studio, recent acquisition of EA, will therefore be associated for this game and others with Criterion, the developer behind the Burnout franchise. As a reminder, the Cheshire team was built on the ashes of Evolution Studios, at the origin of the first WRCs then bought by Sony for MotorStorm and Driveclub before being closed. The team was then bought, recruited by Codemasters to take care of Onrush and DiRT 5.