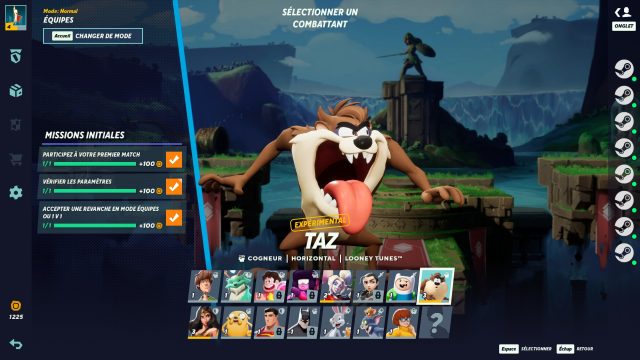 On the occasion of the release of the private alpha of MultiVersus, the new brawler from Warner Bros, discover exclusive gameplay from VGR, with a great fight between Taz and Harley Quinn, but also Sammy Ultra Instinct.

For a few days, and upstream of the private alpha that will launch from May 19 to 27we were invited to the technical test of Multiversus, the new brawler from Warner Bros which benefits from numerous licenses from the company, such as Looney Tunes, Game of Thrones or DC Comics.

You can discover on our site a preview of the game and we also offer you here more than a quarter of an hour of exclusive gameplay captured on PCparticularly fashion-oriented 2v2. Discover several fighters, but also the premium and free battle pass of this planned free-to-play on PS5, PS4, Xbox Series X|S, Xbox One and PC this year.

I’m top 15 in the world right now, I’m waiting for you in the game tomorrow guys.