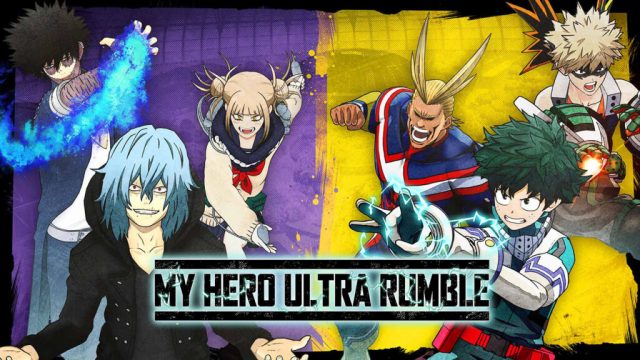 Bandai Namco has announced, during its Anime Expo 2022 conference, the opening of registrations to take part in the closed beta of its free-to-play game.

Like Sword Art Online: Alicization Lycoris, the upcoming game My Hero Academia scheduled for release on PS4, Xbox One, Switch and PC took advantage of theAnime Expoand the Bandai Namco conference, to talk about him.

The free-to-play battle royale from Bandai Namcobased on the manga and anime universe My Hero Academiawill soon be able to be discovered thanks to a closed beta intended for the PS4. It will be proposed twice: August 18 from 4am to 12pm and then from August 19 (4am) until August 22 (8am). The registrations necessary for participation are already open on the official website.

As a reminder, My Hero Ultra Rumble will put in opposition 24 players divided into teams. Each character (hero or villain) will have a particular role according to their power and skills. Some will be able to take on the “assault character role”, others “support character” or “disruptive character”..

READ :   EA Sports FC: FIFA strikes back and will offer a new license