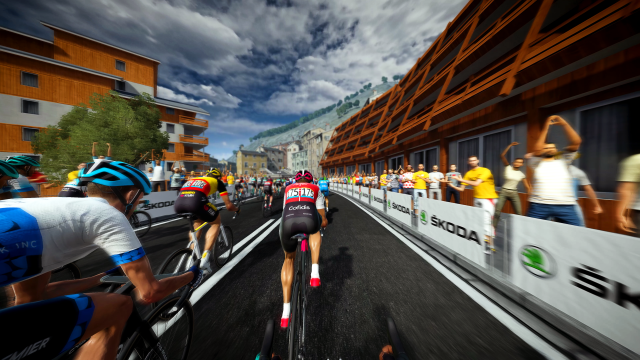 Nacon and Cyanide revealed the release date and a first video of the new vintage of the Tour de France/Pro Cycling Manager cycling simulation, with new game modes and improvements.

It’s the same every spring: the trees are budding, the sun is back, my neighbor makes his brushcutter roar at 8 a.m. and Nacon unveils his Pro Cycling Manager annual. This year the ultimate bicycle simulation game is planned for the June 9, 2022as always in two versions: Tour de France, which will speak to fans of Grand Tours on PC and consoles, and Pro Cycling Manager for those who want stats and not prestigious names, on PC only.

The game returns this year with 14,000 km of circuits through 4 countries. Players will be able to control 26 teams in 4 game modes on Tour de France 2022, including the new “Race of the moment”.

On the PCM 2022 side, we are announcing a identification and more efficient recruitment and complete, but also an improvement of the interface. This new opus offers more than 260 races and 680 stagesincluding the 21 Tour officials.