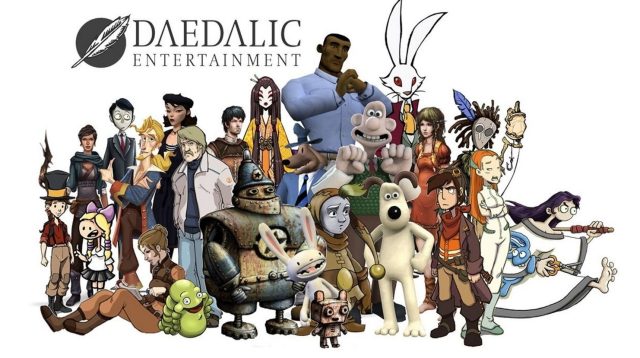 The German publisher and developer, known for its point & click series, joins the French group. A new takeover a few days after that of Midgar.

The French publisher and manufacturer Nakon had announced that it wanted to become an industry giant. After having acquired the small studio Midgar (Edge of Eternity) a few days ago, the group unveils what will become its 16th internal development site, Daedalic.

Well known by fans of point & clickthe German studio founded in 2007 had risen to prominence with two franchises in 2012: Deponia, and adaptations of the fantasy role-playing game The Black Eye. In addition to its development part, the studio has been the publisher of many LucasArts tribute games of the 90s, such as Randal’s Monday or, of course, Tales of Monkey Island.

After turbulent times during which we have always managed to distinguish ourselves, I am particularly proud of the last 15 years and the development of the company. Daedalic Entertainment has established itself as an outstanding game publisher and developer, across multiple genres, across all relevant platforms and has cemented this position globally. In collaboration with NACON, we are now taking the next step, to further develop our catalog of games, both created by our teams and by many talented independent studios. We envision a collaboration based on trust and cooperation for The Lord of the Rings: Gollum, as well as an even brighter future together.

With this takeover 53 million euros (32 million in cash and the rest payable according to performance until 2026), Nacon recovers all the studio’s licenses and its contracts, in particular that of The Lord of the Rings: Gollum, a new point & click on which the German work. The latter already had Nacon as a publisher, it remains in the family.

READ :   Dying Light 2: DLC is coming, NG+ and surprises are under consideration