The “super surprise” that Nintendo had in store at the very end of live concerned… DLCs for Mario Kart 8 Deluxe and not the long-awaited ninth episode. 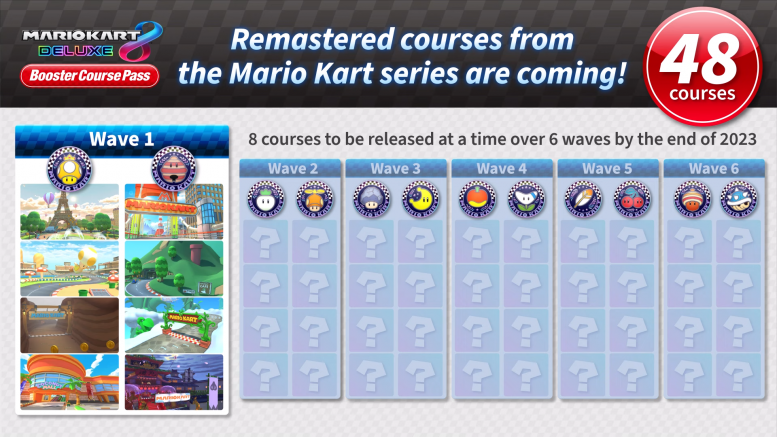 Sony is obviously not the only one to capitalize on its juicy licenses to turn them into service games, the proof with Nintendo which further extends the life of its Mario Kart 8 and plans several waves of paid DLC until the end of 2023. We’re not about to see Mario Kart 9 or 10 arrive, we don’t even know what name the sequel will have.

On the menu, a 25€ pass is offered for a total of 48 remastered circuits, all taken from previous episodes, which will be added to the karting game. Nintendo announces that a lot of work has been done on the different layouts to best match the performance of the Switch.

The first of 6 batches will arrive on March 18, with the following tracks:

READ :   Activision: another complaint for sexual harassment and discrimination

Ready to hit the road again?