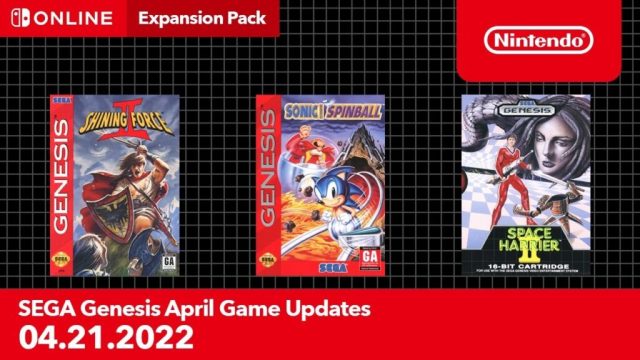 Nintendo’s service has just been updated. Three new classics Mega drive indeed have just been introduced, this April 22, in the catalog of the Switch Online + Additional Pack.

Having just been thrown into the limelight with the next compilation to come (Sonic Origins), the little blue hedgehog has its place among the newcomers. Not through a canonical episode, but rather through the pinball game Sonic the Hedgehog Spinball published in 1993. Next to him is the Tactical RPG Shining Force II as well as the shoot’em up Space Harier II.