After appearing on Switch in the summer of 2021, Suda 51’s latest title is now coming to new media.

Just over a year after its release in August 2021, the latest No More Heroes III will end its run. Switch exclusive to join new platforms. Thus, the title developed by Grasshopper Manufacture will join the PS5 catalogs, PS4, Xbox Series, Xbox One and PC (Steam and Microsoft Store).

An arrival scheduled for this fall (unspecified on the date) which will be accompanied by certain improvements specific to using the various resources of the new supports mentioned above. As a result, this last and final episode of the series imagined by suda 51 will come back with a higher framerate and reworked graphics. In addition, loading times will be shorter.

An edition DayOne will also be accessible. It will include various elements, such as an illustration by artist Yusuke Kozaki, an artbook, a copy of the musical composition, etc. It was announced at $59.99, and should most likely cost 59.99 euros in our region. 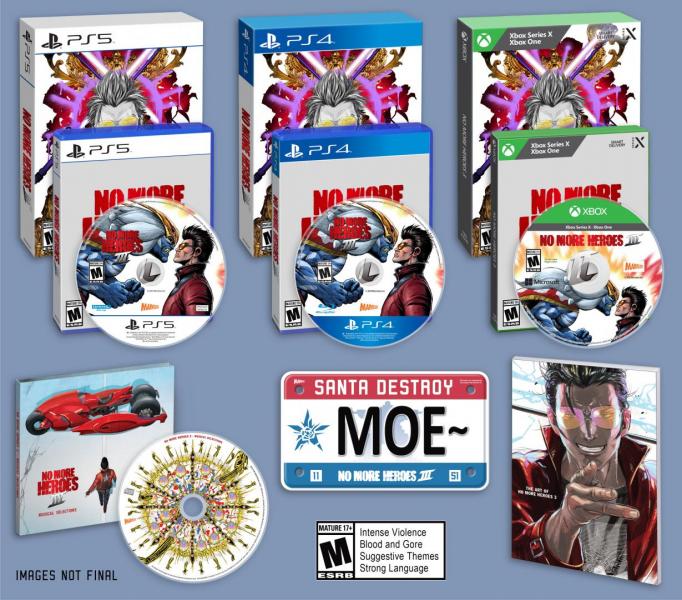