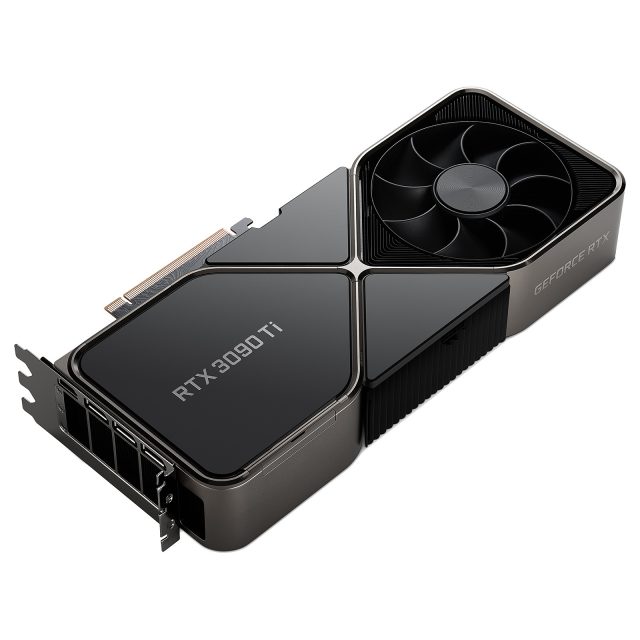 New entry in Nvidia’s 30 Series lineup, here is the GeForce RTX 3090 Ti, a tech behemoth for creators, developers and gamers who love 8K.

While stocks of new generation Nvidia cards are still directly impacted by component shortages and stockouts, the American manufacturer officially launches the GeForce RTX 3090 Ti. This latest addition to the 30 series uses the Ampere GPU (2nd generation from Nvidia’s RTX) and includes a record 10,752 CUDA cores for monstrous power: 78 RT-TFLOPs, 40 Shader-TFLOPs and 320 Tensor-TFLOPs.

Equipped with 24 GB of GDDR6X memorythe new card is clearly aimed at the most affluent users but also at the highest graphics demand, in particular the CGI animators, developers and video editors who want to enjoy 8K without sticking their tongues out. Nvidia gives some examples:

Rendering in applications such as Blender, Maya, or Cinema4D not only requires a more powerful GPU, but also more GPU memory. The RTX 3090 Ti delivers between 42% and 102% more performance than the RTX 2080 Ti and TITAN RTX in these rendering applications. And because the RTX 3090 Ti has a massive 24GB of memory, it can handle data sets twice as large as those that fit in the memory size of the RTX 3080 Ti. 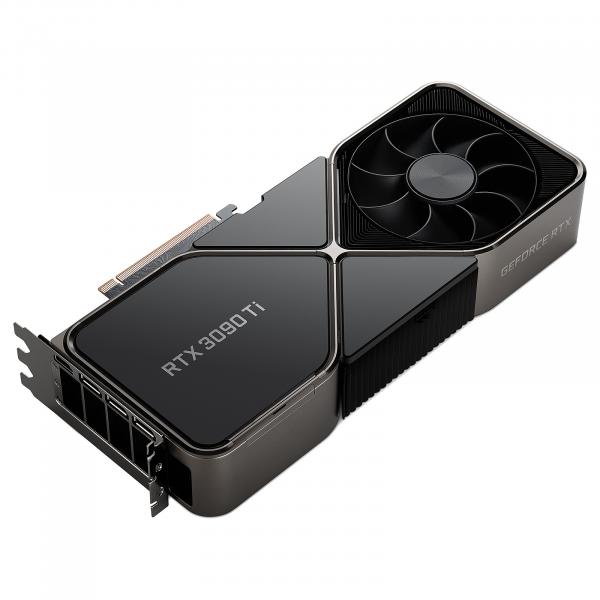 This “Fastest GPU on the planet” will obviously also allow gamers to play in ultimate quality in 8K with DLSS ultra performance mode on an HDMI 2.1 screen. To obtain it, it will be necessary to pay a fifth of Dacia Sandero, namely 2249 euros. More substantial availability is expected for April depending on the brand. The monster is available for purchase at this link.

READ :   Soul Hackers 2 presents one of its heroes: Milady