After a release on PlayStation, Xbox and PC, the remake of Oddworld: Abe’s Exodus will land on Nintendo Switch.

If you haven’t had the chance to try it yet and you own a Switch, you should know that Microids and Oddworld Inhabitants have a little surprise in store. Indeed, Soulstorm is coming to Nintendo’s console.

Beer and Mudokons on Switch

To celebrate this port, the platform and action-adventure game has unveiled its two new editions: the limited and the collector. The first one offers the software in an exclusive metal box with 24 cartridge slots, but also 3 lithographs. 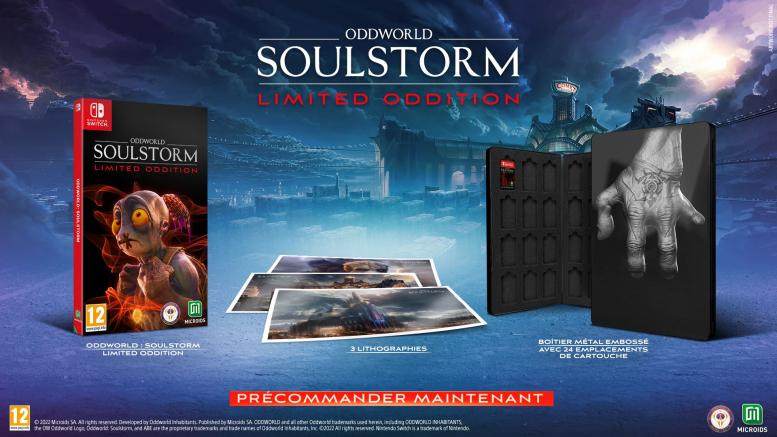 The second one is a bit more substantial. In addition to containing the same items as the other edition, it also has the famous collector’s box, a premium artbook of 160 pages, a key ring, stickers, a temporary tattoo, but also a silver figurine of 22 cm with the effigy of Abe. 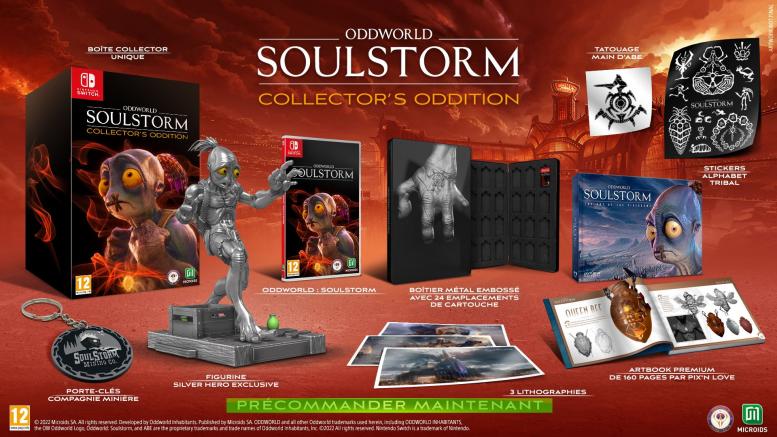 Finally, you should know that if you pre-order any of the two editions, you will receive as a bonus the original soundtrack of the game and a digital artbook.

For now, the Switch version of Oddworld: Soulstorm has no release date, but it will be coming soon. In the meantime, you can go save the Mudokons alongside Abe on PC, PS4, PS5, Xbox One and Series.