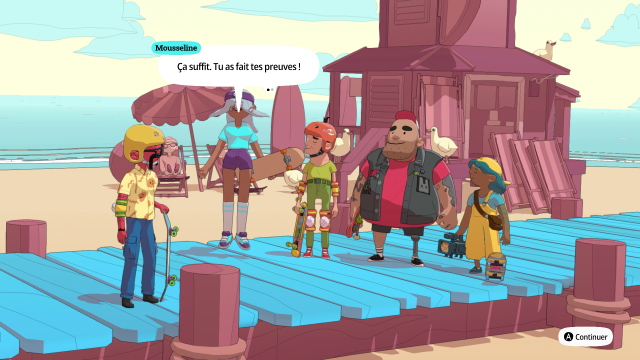 A few weeks before its final release, the skate game OlliOlli World was previewed to the editorial staff. Check out 9 minutes of gameplay from the start of the game.

VGR had the opportunity to test one last time (before its official release) the game OlliOlliWorld on PC, a game of arcade skate with a colorful and mystical universe, of which you can find the preview by clicking here. In addition to this discovery, we invite you to see in pictures the first minutes of gameplay, including the avatar customization phase, and the first biome.