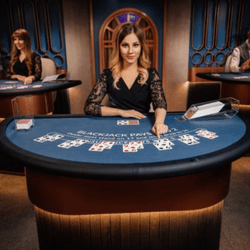 On Air Entertainment was created in December 2020 by a team of professionals with long experience in the industry.

As a result, it has managed to make a name for itself very quickly within the ultra-competitive market of live dealer games.

Very active at the moment, he keeps on expanding internationally. It has just entered the Netherlands, which is the ninth regulated jurisdiction it has entered in the last 9 months.

Following the receipt of regulatory approval

One thing is for sure: since the end of 2021, On Air Entertainment has not been idle. In fact, it has not stopped launching itself on new regulated markets. In June alone, for example, it entered Sweden and Denmark.

Recently, it also obtained regulatory approval to offer its live games catalog in the Netherlands.

Operators licensed in this country who wish to do so will now be able to take advantage of its undeniable know-how by offering their customers its game library offering an immersive environment fully translated into Dutch.

READ :   Good results for Partouche in the last six months

The many projects of On Air Entertainment

This launch in the Netherlands is yet another proof of the dynamism that On Air Entertainment software is currently showing. It is already present in some of the main regulated jurisdictions on the European continent, including the United Kingdom, Isle of Man, Greece, Latvia and Malta, as well as the Canadian province of Ontario.

For the next few months, it has a busy schedule. Indeed, it plans to open new studios in Bucharest, Romania (see above) and in Tbilisi, Georgia, in the third quarter of 2022 and the first quarter of 2023 respectively.

The publisher is also working on the upcoming launch of 3 new live games that will also be available on the Dutch market. In a few days, it should release its very first auto-roulette. In September 2022, the slot machine with a live dealer 9Pots of Gold is expected.

Then there is also Eclipse Blackjack which is due out during October 2022.

Only online blackjack and roulette for now

At the moment, On Air Entertainment still has to make do with a single studio located in Riga, Latvia. In this studio it already offers more than 40 tables with live dealers. Most of them are included in the publisher’s first range, which will be released in November 2021.

This is Standard Blackjack, which follows the classic rules by adding 2 side bets: Perfect Pairs on the one hand and 23+1 on the other. In March 2022, it expanded its game library by launching its second live game Standard Roulette.

As its name suggests, it is dedicated to the queen of casinos.