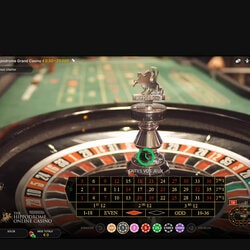 The Hippodrome Casino is simply the biggest gambling establishment in London and in the whole United Kingdom. It was founded by a certain Jimmy Thomas, among others.

The latter unfortunately passed away at the London Clinic on Saturday, July 30th after a short illness.

He leaves behind two daughters (Lisa and Carla) and 2 sons (Simon and Jordan) but also 7 grandchildren and 3 step-grandchildren.

The impressive career of Jimmy Thomas

It was during 1956 that Jimmy Thomas opened his very first casino in the county of Leicestershire, in central England. It was the iconic La Ronde Casino & Cabaret Club in Loughborough. He then went on to launch casinos in the cities of Nottingham and Derby.

From the 1960s, our businessman founded several companies in the field of entertainment and leisure including Thomas Automatics Co Ltd first, then Showboat Entertainment Centre Limited and Beacon Entertainment Limited among others. Some of these companies were sold to The Rank Organisation in 1987.

The others were consolidated into a new structure called Thomas Holdings Limited, which operated the Beacon Bingo and Social Clubs, among others. This was then purchased by Mayfair Acquisitions Limited in 2006.

It was in 2012 that with his son Simon, Jimmy Thomas opened the Hippodrome Casino on Leicester Square in London. It was also within this gaming establishment that the businessman celebrated his 88th birthday last March.

With such a track record, it’s no wonder that Jimmy Thomas is extremely well respected in the gaming industry. For example, in 2013 he received a Lifetime Achievement Award from the Casino Association.

He also established himself as the very first person to be listed on the British Amusement and Catering Trade Association (BACTA) Wall of Fame. He also received a Lifetime Achievement Award at the British Casino Awards during 2019.

READ :   Name change from Bally's to Horseshoe in Las Vegas

The Hippodrome Casino: an entertainment mecca with a live roulette wheel

Jimmy Thomas will forever be remembered as the man behind the creation of the London Hippodrome Casino, which opened on the site of the old Hippodrome Theatre. Attracting thousands of visitors each year from all over Europe and even the world, this gambling establishment has gradually become an essential reference in the field of entertainment in the United Kingdom.

There are several bars and restaurants as well as a theater. There are also hundreds of slot machines and a wide selection of tables dedicated to traditional games that await us.