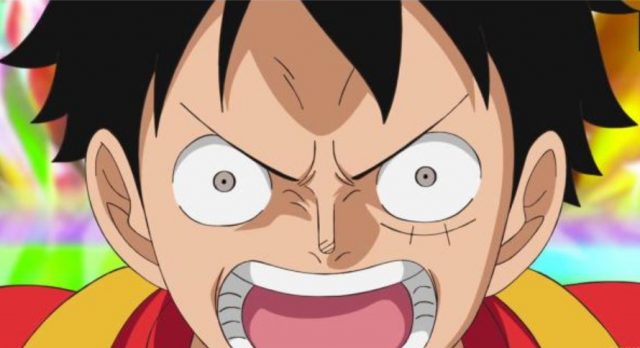 Although the movie One Piece Red is a success, it is especially marked by the toxic behavior of some of its fans who ruin the screenings and go as far as attacking those who worked on the film.

As it arrives in our cinemas, One Piece Red is already a real success in Japan where it has already made the box office explode reporting a little more than a billion yen (7.2 million euros). In France, the film is just released, but some lucky people have already been able to attend previews. Well, enjoy is a big word becausea very large number of its screenings have been parasitized by completely surreal and totally inappropriate behaviors.

Hysteria in the middle of a One Piece Red session

While last March we thought we had seen everything with the explosive reactions around the movie Jujutsu Kaisen 0 which led to of real ransackings during its first projections, One Piece Red also had similar cases.

A good number of people on Twitter have indeed been reporting for several days that sessions have simply been ruined by hysterical “fans. A part of the spectators started to shouting while raising their clothes before joining the stage to do anything, others were screaming from their seats while throwing foodetc.

So I just saw what a session of One Piece looks like in Marseille…. So it’s literally become a norm to do shit on a known animation movie….@Chriis_Alc we found worse than the Grand Rex premiere… pic.twitter.com/45aNUoscVS

Incomprehensible behaviors that have even spilled onto the web. While many seem to have enjoyed the film, others obviously didn’t like it and found it wise to go on a review bombing spree (this is notably the case in Japan) or even worse, to harassment.

READ :   GRID Legends: a new patch 3.2 and the arrival of the photo mode

One Piece Red has indeed a lot of musical passages, a totally assumed choice which is however not to everyone’s taste. In France, these passages were sometimes booed during the screenings while on social networks, it is the young Japanese singer of 19 years, Ado, who performs some songs from the anime, who was harassed on his social networks.

To give some clarity regarding the “abysmal” ratings on the One Piece Red Film: some ppl were also expecting a “traditional” OP film formula but it ended up becoming a musical/MV more or less, so it was boring to some of the hardcore fans #OP_FILMRED pic.twitter.com/kxfC4Bh8Eg

So I just saw what a session of One Piece looks like in Marseille…. So it’s literally become a norm to do shit on a known animation movie….@Chriis_Alc we found worse than the Grand Rex premiere… pic.twitter.com/45aNUoscVS

It seems that these behaviors have become a sad and uncontrollable norm. Recently, the Santa Monica studio also suffered from this kind of practice and some stalkers went so far as to send sexual photos to developers, simply to have the release date of God of War Ragnarok in advance.

Ron Gilbert, the father of Return to Monkey Island, has also had his share of horrors, so much so that he has preferred to close his blog and no longer wishes to communicate on the game. Unfortunately, we are only talking about very recent cases, but this kind of behavior is multiplying by the day. It is an abysmal sadness.