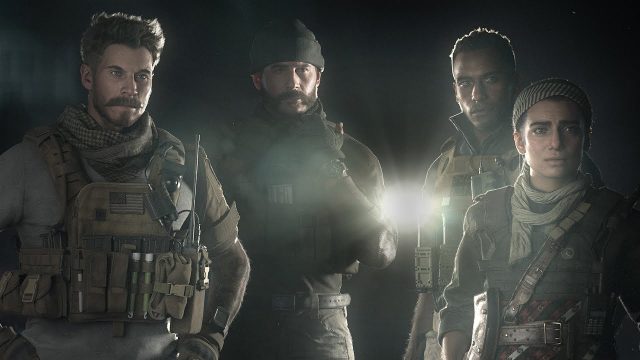 Several insiders have announced new elements for the upcoming “Modern Warfare 2”, including a new open-world and procedural game mode.

The so-called Call of Duty: Modern Warfare 2 should be released end of year 2022. The title previously known as “Project Cortez” has not yet been announced but the game’s official leaker, Tom henderson, sent another round of indiscretions on Twitter.

This possible sequel to the 2019 reboot should be “Revealed this summer” according to him, for an expected release next October, as soon as possible to respond to the bad sales (and returns) of the last Call of Duty Vanguard.

As expected, it’s looking like this year’s Call of Duty title, Modern Warfare II (2022), will be revealed in the summer.

Hearing rumblings that the title could release in October due to Vanguard’s poor sales performance, with a “big” Warzone update coming soon after. pic.twitter.com/3x8Qw2Eryp

Another well-known insider of the CoD sphere, RalphsValve for his part announced a more open world for future game. As expected, the game would be linked to a drug cartel story, and would feature a DMZ mode, sort of open world that should have seen the light of day earlier in the franchise. This mode would be developed by Infinity Ward for many years and would be partly procedurally generated at the level of missions, AI and ingame events.

This same insider also indicated yesterday that part of the voice casting has been confirmed, heralding the return of well-known names to the franchise, and adding some more weight to the rumor of a direct sequel to Modern Warfare. We will thus find there Barry Sloane (Captain Price), Craig Fairbrass (Ghost), Troy Bayer (famous video game voice, for an unspecified role), Neil Ellice (Soap McTavish), Rya Kihlstedt (Kate Laswell) and finally Elias Toufexis (another actor of recurring dubbing, notably by Maxim Antonov in CoD).