The Persona saga has met with success in recent years, especially with its fourth and fifth episodes. What is less known is that this one is actually a spin-off of another Atlus franchise, Shin Megami Tensei, itself belonging to the series Megami Tensei, or Megaten abbreviated. The mention of SMT will last at least until Persona 3.
And it is in a remastered version that returns Shin Megami Tensei III: Nocturne on PS4, PC and Switch. Originally released on PS2 in and then renamed Lucifer’s Call in western territories and including the presence of Dante from Devil May Cry, here is our preview on the first hours of play.

This is the story of a high school student … 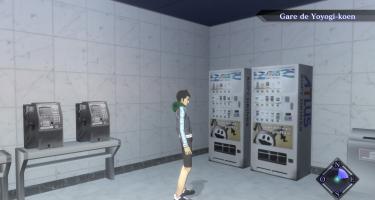 You embody a high school student living in Tokyo, who must join two of his comrades to visit their teacher, Yuko, who has been hospitalized. When he exits the nearest metro station, he wants to cut through the park to reach the hospital, but access is prohibited following a riot, according to police and media. He meets a journalist specializing in occult sciences who gives him a magazine dealing with the subject. When he joins the hospital, his comrade Chiaki waiting for him in the hall. She notices that the place is deserted, and strangely peaceful. She charges you to find Isamu, who has already left to visit the teacher.

But now, Isamu tells him that Yuko is no longer in his room and that everything is deserted. The group decides to split up in order to go in search of him. Our hero is in charge of exploring the basement. Everything is calm, until he has a bad encounter. A man with mysterious powers tries to kill him. That’s when Yuko appears and saves you at the last minute. She will meet you on the roof of the hospital, to attend a unique event: the Conception.
Design, it is actually the end of the world. Everything around the hero crumbles and transforms. From there, SMT III turns into the strange. The hero wakes up in a room and finds himself endowed with powers given by the Nagamata. He is now a “half-demon”, able to communicate with spirits and monsters. What an evolution, all the same, since our status as a simple high school student … 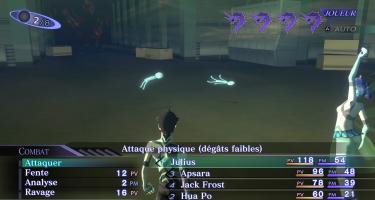 And that’s where the game really starts. You have to find a way out of the hospital, and nothing is clearly indicated or explained to you. Basically you are on your own. A feeling that is confirmed when you start to fight. Certainly, a Pixie – a mini-demoness – will come with you in an obligatory way, for the rest, it will be up to you to form your team with the monsters that you will meet during the battles. For it, you have to negotiate with them with the option of “talking” about the main protagonist. The thing is, you have to find it, not appearing in the basic commands. And the result will not always be guaranteed. Usually, you will need to meet some of their requirements. Like giving money, items, and sometimes some of your health. And this without counting the phases of the moon.

READ :   The return of Dead Island 2 seems to be confirmed

The fights are also random, and the only indication you will have will be the compass at the bottom right of the screen which turns from blue to red when a confrontation occurs. And there, a tip: never think yourself stronger than your opponents. Indeed, SMT III sets up the Press Turn System, which allows you to go very quickly, in one direction … as in the other. The barrier between victory and defeat often comes down to one decision. We always find the system of weaknesses to be exploited, except that here, just one mistake and that’s the penalty. If one of your characters fails his offensive, half of the turns, displayed at the top right of the screen, disappear. If you are alone or with only one ally, you give free spins to the enemy. A bit like on an infernal merry-go-round. It is the same if the enemy camp finds your weakness, which will not hesitate to put it in your head. See to end your game … You have been warned, those who are not used to the saga may find it more difficult than a Persona.

A touch of accessibility 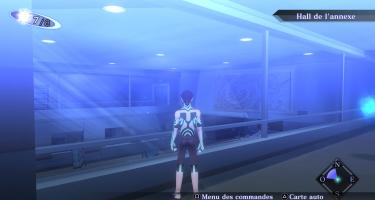 Do not think, however, that the game is impossible to do. The start is largely feasible, especially because we can find some spots to level-up (look a little …) and the boss (a manta ray with a crown) is not so bad as long as you take the time to reflect a minimum. We still have to find a way to reach him in this medical desert. But that’s not all: this remaster also offers a significant novelty: fast backup. A word of advice: don’t hesitate to abuse it, it persists until you exit the game or turn off the console. Once at the title screen, all you have to do is select “Continue” to continue. On the other hand, if you really want to stop the game, nothing beats a real save to a cylinder full of weird signs. The backup rooms bear their symbol. Another good point is that the map, accessible by pressing Triangle, is drawn as you progress, without guiding you too much either.

READ :   When the "cleaners" are gone, it's the turn of the real ones in Serial Cleaners

After the hospital, we sailed through a destroyed and shattered Tokyo. You are no more than a symbol, and it is true that we do not know where to go. Then we ended up finding an interesting place, an underground shopping center, where we made other meetings, to advance further. 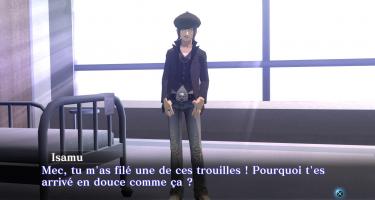 Shin Megami Tensei III has always had a clean style and it looks pretty good on her. It is, however, a long way from making the PS4 spit its lungs out. Obviously, if you’ve played a Persona, you will easily recognize the monsters. The texts are again in French, with a revised translation, and we can now opt for Japanese dubbing. We regret, however, that the latter is not complete. The menus have not changed from the original, except adapted for HD.

In contrast, we regret that the cutscenes have not all been adjusted. Some have remained in their original format, and in 2021, it is a bit blemish. The controls have not changed from the original either, and those who have already played will find their way around without any problem. However, this also testifies to an ergonomics that one does not find any more nowadays, but it remains playable.

We feel it, Atlus tries through this remaster to give a second chance to a title which unfortunately did not meet its audience during its original release. Too ahead of its time, no doubt … Or, we just weren’t ready. We won’t say more for now, but we can expect a title that will surely give a hard time to those who will be tempted. For more details, go to the test.