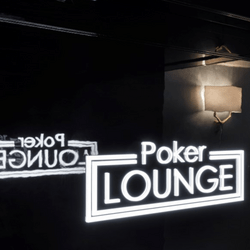 Of the 200 land-based casinos in France, none are located in Paris. Indeed, in the French capital, these establishments are purely and simply prohibited.

Instead, you can still count on gaming clubs that have replaced the old circles, a few years ago.

There are no slot machines there. Only tables dedicated to certain traditional games are allowed. At the moment, the classic game that is all the rage in Parisian gambling clubs is none other than ultimate poker.

At the Paris Elysées Club, it has just made the news again. Indeed, on Sunday June 26, 2022, a player managed to win big on this poker variant by landing a nice progressive jackpot record of over €130,000.

A side bet that paid off with a royal flush

On the evening of Sunday, June 26, 2022, there was a big crowd around the ultimate poker tables at the Paris Elysées Club. It must be said that this is pretty much always the case at the moment as this poker variant is proving to be extremely popular with players. To add a little more appeal, it should be noted that the progressive jackpot that can be won has been in the news for the past few days. It has been passing symbolic bars one after the other, so there is a lot of money to be won with it!

Among the players installed on the tables dedicated to ultimate poker at the Paris Elysees Club, last Sunday, June 26, was the future winner who interests us through today’s news. During a game, he managed to form a royal flush.

Since he had not failed to place a chip on the secondary bet, he was able to win a progressive jackpot of no less than €134,488, which is the largest ever won in a Parisian gaming club. As a bonus, he won the game.

This gave him a total of no less than €144,988. We must admit that this is a superb performance!

If ultimate poker is the game that is all the rage right now in all the gaming clubs in the French capital, it’s because some of them have set up a progressive jackpot to be won on their tables dedicated to this poker variant.

At the Paris Elysees Club run by the Tranchant group, this jackpot made its appearance on Wednesday, February 23. To try to win it, a secondary bet of €5 is required. This can also be worth €5,000 with a Community Royal Flush, €1,500 with a Straight Flush, €500 with Four of a Kind and €50 with a Full House.