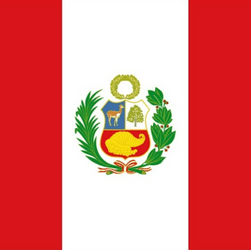 During the month of August, Peruvian legislators approved a law that allowed online gaming in the country, including casino games.

As is often the case, it took some time before it became effective.

The Minister of Foreign Trade and Tourism (Roberto Sánchez) has just made it known that this is finally the case.

This will allow the country, which is currently facing political and economic crises, to receive more tax revenue.

For a long time now, the online games meet quite a success in Peru. Thus, they generate every year about 1 billion euros on average. The problem is that this does not bring in any revenue for the country since this sector was not yet authorized.

On the contrary, there is a special gaming tax of 12% that land-based casinos have had to pay for 2 decades.

This is one of the main reasons why the Peruvian government decided to work on a law with the objective of boosting the country’s tax revenues. This project was presented to the Congress of the Republic, which added two amendments, one from the Commission of Economy and the other from the Commission of Foreign Trade and Tourism. Then, it was approved in August 2022.

An online gaming market under the control of Mincetur

The Peruvian law that interests us through today’s news mentions, among other things, that the Ministry of Foreign Trade and Tourism (or Mincetur) is the only administrative authority in charge of supervising the games at a national level. It is thus to him that falls the heavy task to supervise the new market of the online games in the country.

At present, it is supervised by Roberto Sanchez, who is accused of conducting shady operations. This is what dozens of emails from individuals that members of the Congress of the Republic have received say.

According to these emails, the Minister would force civil servants to pay him to keep their jobs, which is akin to extortion.

An investigation into these allegations is reportedly underway.

Tax revenues estimated at an average of about 40.3 million euros each year

It is estimated that the government should be able to receive an average of 160 million Peruvian sols in tax revenues every year, which is about 40.3 million euros.

Of this amount, 60% will be divided equally between the public treasury, the Ministry of Finance and government health initiatives. The remaining 40% will be used for tourism development.

The legalization of online gambling in Peru has come at just the right time. Indeed, it is on Sunday, November 20th that will be given the kick-off of the 22nd Football World Cup in Qatar.

We provide you with the latest breaking news and videos straight from the entertainment and all video games industry.
Contact us: [email protected]blic.com