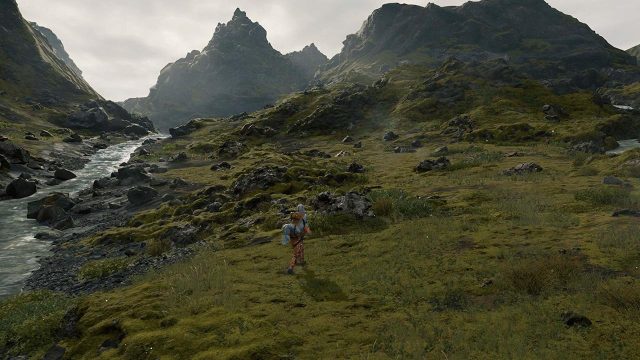 Aware of the atypical proposition of the game of Hideo Kojima, Sony Interactive Entertainment sees a patent, filed in 2019, being granted today. It concerns the alteration of environments by players.

In 2019, Hideo Kojima and old and new members of Kojima Productions rose to their feet by delivering a “singular and striking work” on the “globally” marked AAA scene, Death Stranding. A single-player adventure … but with a great asynchronous multiplayer component that made all the salt and gave its letters to what may be a genre in its own right, the “Strand Game“.

If you haven’t taken the plunge, but plan to give it a try someday and want to be devoid of any mechanics of the title, stop reading.

Now that you’ve been warned, it’s time to explain.

In Death Stranding, and its Director’s Cut version, you have to map the terrain, establish routes to deliver orders, and even build structures for it. Thereby, environments are constantly changing, with roads being created … but also a pitch that reacts to your actions, passages and those of other players. They widen, they become more practicable … in short, nothing is set in stone.

READ :   The "interactive poem" A Memoir Blue will be published in February 2022

This exhilarating component was patented in 2019 by Sony Interactive Entertainment, with Hideo Koijma credited as inventor. A patent now validated on December 7, 2021 with the title “Terrain radar and progressive construction of a route in a virtual video game environment“. Available here, it describes a “method of influencing a world in a video game, and the ability of online gamers to act on the terrain of those worlds via a cloud-based system.”

No confirmation on its future use, but it could obviously benefit a Death Stranding 2 which is currently under negotiation.