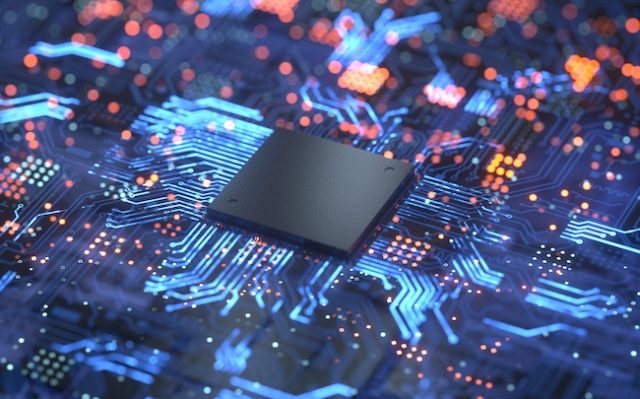 Intel, Nintendo… several players in the sector agree that the shortage of semiconductors will continue for at least another year.

While the consoles PS5, Xbox Series and OLED switchesas well as the new graphics cards Nvidia and AMDhave emerged recently, they are mostly very difficult to find, or at least at fair prices. Blame it on a shortage of semiconductors, essential for the construction of most electronic materials including our home consoles.

The industry disrupted for several years…

And, it is felt since: if Microsoft tends to keep its figures secret, firms like Sony or Nintendo have long since taken stock, and the crisis is making itself felt. Moreover, the latter have recently updated their figures, on the Sony side, the sales of PS5 consoles miss the objectives that the company had set for itself by nearly 3 million units and on the Nintendo side, the sales are also slowing.

There is however not enough to sound the alarm since the sector is doing quite wellbut it is nevertheless always very complicated to get your hands on the precious sesame, and not only on the video game side, since the mobile or automotive industries are also impacted and it is not about to end.

…and it’s not going to work out

For Intel, who spoke on the subject last April, the shortage could continue until 2024 in the words of CEO Pat Gelsinger:

[…]We believe that the global semiconductor shortage will now drift towards 2024, compared to our previous estimates in 2023, simply because shortages have now affected all equipment and certain production lines will be even more difficult

Same story with Nintendo, which had already mentioned the subject in the past and which came back to the charge recently in the Wall Street Journal where Big N CEO Says ‘At This Point, There’s No End in Sight to the Semiconductor Shortage’.

Words that say a lot about the current state of the industry. If originally it was the Covid19 that caused trouble in the sector and that measures are in place to try to counter the problem, the recent war in Ukraine, led by Russia, does not help and could even make the situation worse according to the consulting firm Techcet, which specializes in the field:

The materials referred to are, among others, palladium, neon and C4F6, raw materials essential to production chains at many levels, the lack of which could hinder not only the construction of semiconductors, but also the production equipment itself. And unfortunately, for the moment, no one is able to say when everything will be back to normal.