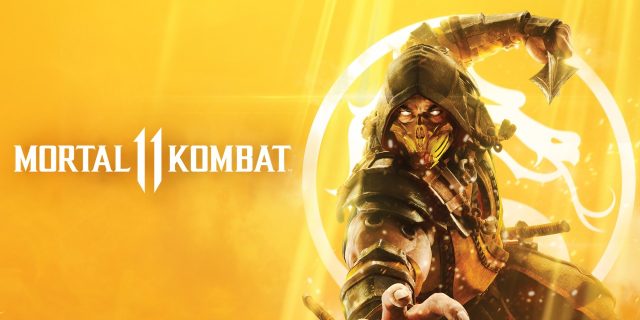 This January 4th, game supply Final fantasy – started last September – will end with the arrival of Fantasy XII: The Zodiac Age, succeeding Final Fantasy X / X-2 HD Remaster. With him, players will also be able to count on the presence of the latest episode of the series. Mortal Kombat (MK11) and that of the roguelike Fury Unleashed to entertain them.

Experience a new era of kombats with the 11th episode of the iconic fighting franchise, and learn about the aftermath of Raiden’s actions dating back to the dawn of the series. Witness the manipulation of time with the arrival of new characters with the power to turn the tide of combat, save them precious seconds and gain the advantage. Seasoned kombatants face off against their past, timequakes rock matches, and everything you thought you knew about Mortal Kombat will be turned upside down by the powerful entity behind this brutal tournament.

Enter an era of war in the heart of the world of Ivalice. The small kingdom of Dalmasca, conquered by the Archadian Empire, is nothing more than a field of ruins plunged into uncertainty. Princess Ashe, the one and only heir to the throne, rushes headlong into the resistance to liberate her country. Vaan, a young man who lost his family in the war, dreams of flying freely in the skies. In a fight for the sake of freedom and fallen royalty, join these unlikely allies and their companions as they embark on a heroic adventure to rescue their homeland.

Shoot whatever moves in the pages of an ever-changing comic that make up this ultra-dynamic roguelike. Play solo, online or locally co-op, expand your arsenal and level up your hero with every game. All this in order to find out why your creator has lost faith in you and prove to him that he was wrong.

Play as a survivor in this open world sandbox set in the zombie infested ruins of modern society. Collaborate with your friends and forge alliances to stay with the living. Find weapons and gear to survive against zombies and earn experience points that can be used for upgrades as you progress in the game. Survive online and fight with up to 24 friends using dedicated servers or share the adventure at home in split-screen multiplayer!

Super Time Force Ultra is an action platform game with a touch of time travel! You control time, allowing you to take advantage of it on the battlefield. Rewind time and choose when to resume the fight. Team up with your past versions for a unique solo co-op experience! Take control of 19 unique characters and fight in 6 different time periods, from the most distant past to the most distant future.

READ :   Killer in the Cabin multiplayer slasher free for a few days

In Kerbal Space Program, lead the space program of the Kerbals, an alien race. Use many parts to build a functional (or not) aircraft, thanks to realistic orbital physics and aerodynamics. Launch your Kerbals into orbit (keeping them alive) or to the stars of the Kerbol system, and push your limits by building bases and space stations to extend the reach of your expeditions.