May at our gates now knows, in a more official way, the games that will be offered by PlayStation Plus. 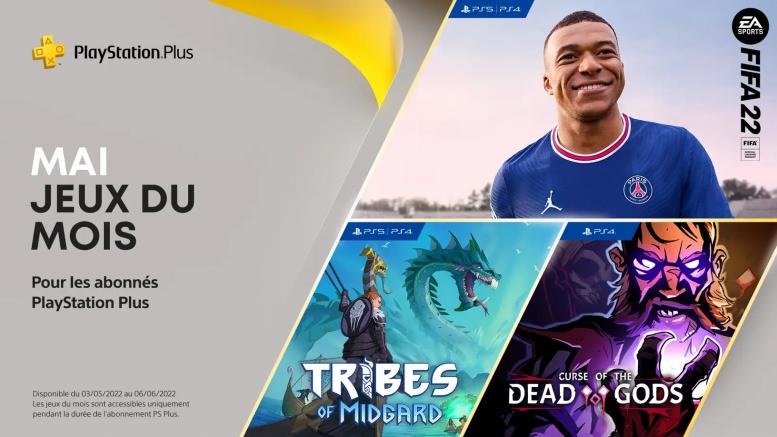 As the new formula approaches, rumors or unofficial information regarding the exact elements that June’s PS Plus will include are massing at our gates. We are talking in particular about mandatory demos included in these next offers. Will the info be verified? Well, the answer will soon be known.

While waiting for Sony to express itself further on the matter, subscribers to the current package will, in the coming month, be entitled to their three “free” titles which are now being revealed. Or rather, they are confirmed. The names released are no longer a surprise since the leak from Dealabs. And so, it will be FIFA 22, also including a FUT pack, as well as the two roguelite Curse of The Dead God (PS4) and Tribes of Midgard (PS5/PS4) which will be available from May 3.