While available on PS Plus, players who tried to get their hands on Intergrade faced a problem. It is now no longer an issue.

Released this July 29 For PS Plus Extra and Premium subscribers, along with the beloved Stray, Final Fantasy VII Intergrade Remake had a small problem: players who wanted to get the DLC available with the PS5the story centered on the character of Yuffie, were faced with an error message indicating that the game made available by the service conflicted with the version already in possession of the player. Like this: 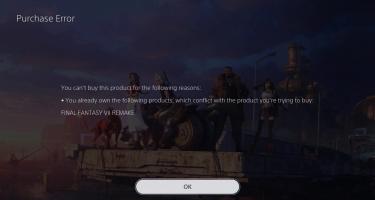 But, a few days later (this Thursday, July 21 so), the problem seems to have been solved. Indeed, as apparently noticed by the Polish site XGP, players can now go and claim their copy of Intergrade. It turns out that this was just a bug.

Can you confirm this?