It’s time to take stock for Sony which, after a year and a half, announces very good sales figures, but visibly below expectations.

Available since November 20, 2020, PS5 consoles are a hit and are still out of stock around the world. This does not prevent the manufacturer from selling its consoles by the entire palette, even if all the objectives set are not achieved as detailed Oscar Lemaire from Ludostrie.

A PS5 in great shape while the PS4 slowly dies

Numbed by the Covid-19 crisis, and now by the war in Ukraine, materials are in short supply and production line is slowed down. It is in particular because of this that Sony could not achieve its objectives despite excellent sales figures.

While in February Sony announced that it had sold no less than 13 million units, today it is more than 19.3 million consoles delivered to retailers, including 2 million in the last quarter.

An impressive figure, but below expectations since for the 2021 fiscal year, the PS5 only sold 11.5 million copies, where Sony expected to sell 14.8 millionlike the PS4 in its first year of service.
The firm therefore misses its objective of around 3 millionbut, given the current circumstances (Covid, shortage, etc.), we can say that the Japanese giant is doing quite well.

On the PS4 side, the machine has sold more than 117 million copies since its launch, and is now on its home stretch. For the last quarter, only 100,000 copies were shippedgradually signing the end of life of a bike that has kept us company for almost 9 years. 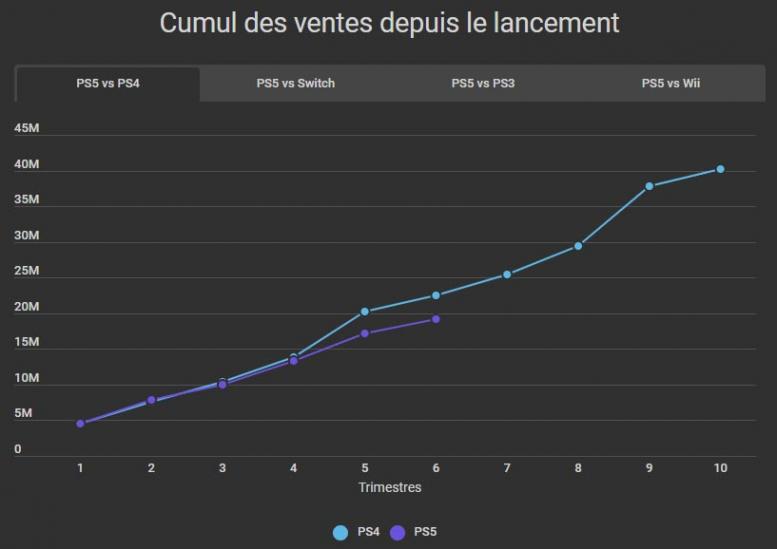 the PlayStation Plus down, but the games are a hit

On the software side, Sony announces a slight drop in the number of subscribers to its PlayStation Plus service. For the last quarter, the firm declares 47.4 million registered users against 47.6 a year earlier. The average number of monthly active users also fell in 2021, with 106 million players registered over the last fiscal year, compared to 109 million in 2020.

However, PlayStation exclusive games are a hit and sell in droves with an increase of 84% over the last quarter (ended on March 31, 2022), i.e. 14 million games against 7.9 million a year earlier. No wonder given the very big releases of recent months such as Horizon Forbidden West or Gran Turismo 7.

A record year, notably thanks to digital games and microtransactions

This figure, Sony owes in particular to microtransactions and DLCs which alone represent 31.15% of the total. Next comes the sale of games with 25.5%, of which 36% of revenues come from dematerialized games, against 8% for physical sales. Consoles represent 21% of global turnover and subscriptions 14%. For the remaining 6%, Sony capitalizes on the sale of accessories and others. 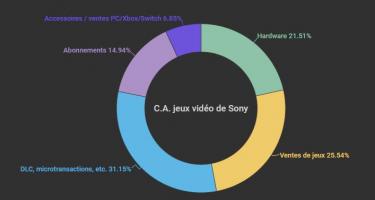 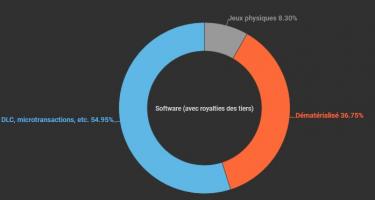 Despite difficulties, Sony is therefore doing very well and it will certainly continue. The company expects a 34% increase in its turnover for the fiscal year 2022.. Nothing surprising when you know that big releases are planned, like God of War Ragnarok, that surprises are still in the cards, and that the PlayStation Plus will be entitled to a total overhaul. And that’s without taking into account the new policy of the box concerning the expansion of its catalog on PC, and the recent takeovers of studios, like Bungie, which should gradually bear fruit, especially in terms of game-services.

In addition, little by little, the problems of shortages are fading, even if they will still be present for a good while, and the manufacturer should be able to sell more PS5s during the year.

Despite all this, Sony’s video game business has just completed the best year in its history, surpassing last year’s measurements, already the historic record.