As announced, Sony will soon be offering VRR via an upcoming update. On the occasion of this arrival, the names of the titles to benefit from it were broadcast.

Sony had promised, the VRR would appear shortly. Now the wait is almost over since the update that will allow its integration is scheduled for this week April 25.

Games that will benefit

With this announcement, sony released a non-exhaustive list of games – it seems – that will offer a patch to perfectly match them with this variable refresh rate.

As for the next upcoming titles, they will be supported as soon as they are released. In the meantime, here are the apps that will get their patch in the days to come.

READ :   Dying Light 2 won't be released on Switch right away

For compatible games, it will be activated automatically if you have the appropriate television with a HDMI 2.1. The VRR can be deactivated depending on whether you want to use it or not. And as for incompatible titles, you can also enable it. As indicated on the PlayStation Blog, it is possible that these titles will still benefit from some improvements. 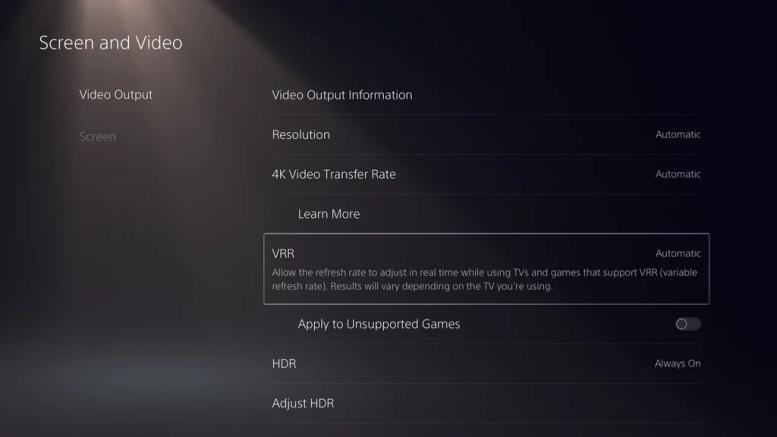 If you want more details on the configuration, a page intended for this purpose has been put online.