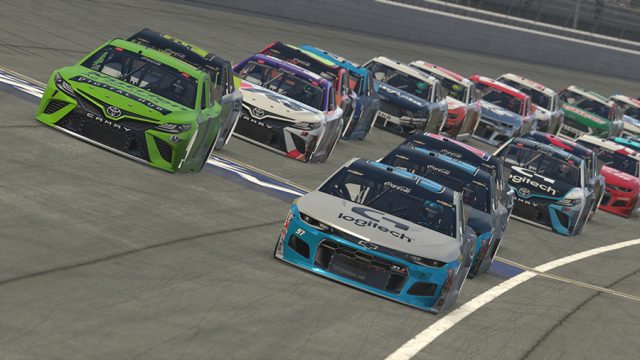 The subscription game specializing in racing in all its forms takes over Monster Games, a developer of NASCAR licensed games.

iRacing.com Motorsport Simulations is not strictly speaking a giant of the video game industry like Tencent or Embracer. He is not particularly a well-known publisher, given that the company has only developed one game, a sim-racing called iRacing. But its founder and boss is also the owner of the Boston Red Sox, Liverpool football club and the Boston Globe …

This Gran Turismo-like is based on a subscription system and provides access to a Racing MMO with a wide choice of brands and cars. To accelerate its expansion in the field, the studio has just announced the purchase of Monster games.

The studio is also behind many racing games, including a series based on the license held for 20 years: NASCAR Heat, whose last opus was released in 2019. The developer has also tried other franchises or genres, such as Test Drive, Donkey Kong Country or even Xenoblade Chronicles. More recently, he had launched another franchise: Tony Stewart’s Sprint Car Racing. Within iRacing, he should probably rather stay in his chosen field.

READ :   The House of The Dead Remake would also appear on PS4

Recently, iRacing had already bought Orontes Games, a German independent developer specializing in: I give it to you in thousand, the race. The studio will allow the group to benefit from a proprietary physics engine.

For iRacing, the goal is to offer the most complete and realistic online sim-racing platform possible, with races in the mud, on the road, the rally, offroad trucks or NASCAR … Monster Games always plans to come out. a new game currently planned for 2022.