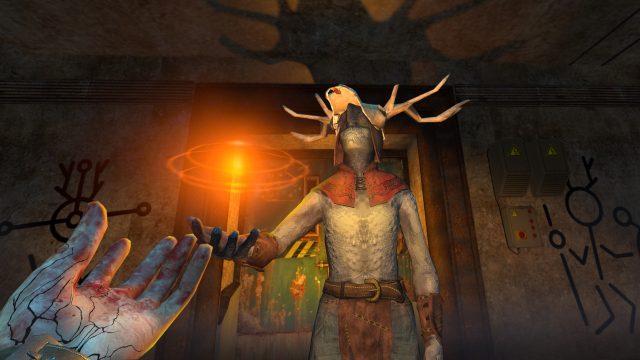 Kamarad! Have you always wanted to travel through the cold and hostile neo-USSR without leaving your home? Come join Motherland in VR in the VR version of Shadows of Kurgansk.

The universe of Kurgansk now arrives in virtual reality. The horror game Shadows of Kurganskreleased on Steam in 2016, returns with Return to Kurgansk VR, a optimized version produced by Gaijin and Yadon Studio. This new iteration reimagines the base game, a survival game set in a post-apocalyptic Soviet world.

Good news for owners of VR devices, it will be available on “Valve Index, HTC Vive, Oculus Rift and Oculus Quest (via Oculus Link)”. And here I am quoting the press release, because it shows that I am not the only one who has not decided to say Meta. Waiting for, some pitch and a video:

One day, the search for an inexhaustible source of energy led to disaster. Since then, the lands around Kurgansk have been infected and cursed, and the inhabitants have lost their minds. The player goes to this deadly place by mistake and tries to find his way back, facing hordes of evil monsters. To survive, he must gather supplies, hunt, craft weapons and equipment, solve the secrets of Kurgansk, and explore abandoned places. This version adds dungeons, equipment and characters that did not exist in Shadows of Kurgansk. Also, many locations and 3D models have been redesigned.

Among other improvements: an adaptation of objects for more support with VR controllers, surround sound and more impactful graphics, in short, everything to leave a few drops of sweat beading on your back at the end of the session. The game even advances 20 hours of exploration in this horrific universe. It has been released since Tuesday on Steam.