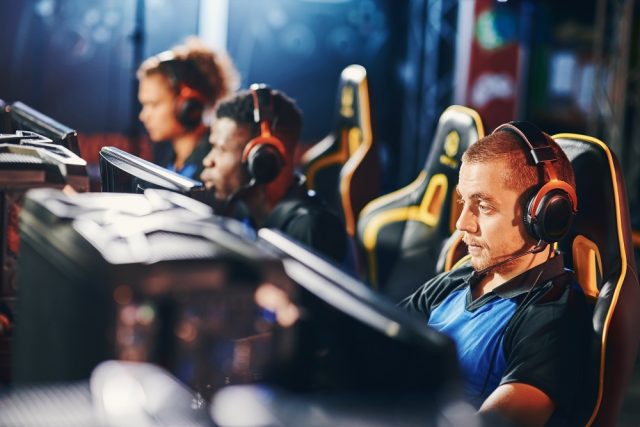 The summer of 2022 has been marked by many gaming conferences rich in video game releases and other announcements. Focus on the first events. 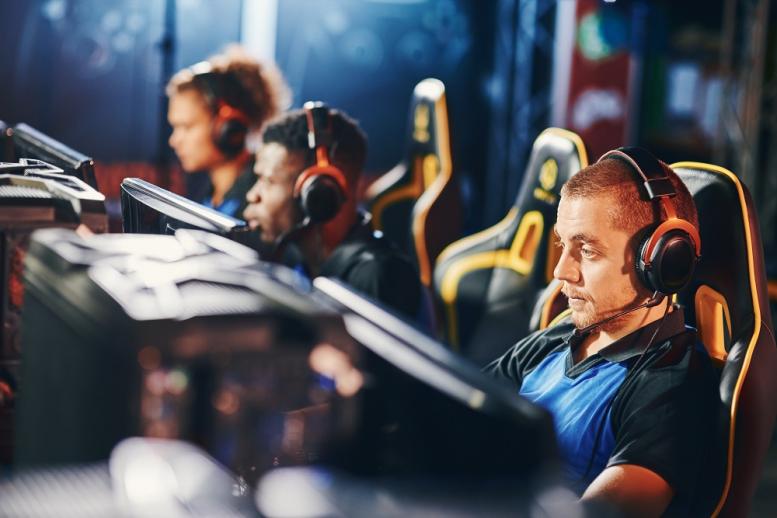 What to remember from the first gaming conferences of the summer 2022?

During the month of June 2022, we attended a good number of conferences dedicated to the announcement of video games and other events in the gaming universe. The majority of these conferences offered to the enthusiasts rich moments with revelations, and trailers. Well-known developers such as Sony, Xbox, Bethesda and others a little less popular were able to reveal to fans the release schedule and the gameplay of their latest productions. From the State of Play to the Xbox & Bethesda Showcase to the Tribeca Games Festival and Devolver Digital, discover in this article the numerous game projects and other announcements that marked the summer of 2022.

Events in the casino world

There are many events that are announced in the online gaming world such as partnerships, mergers, entertainment option releases, etc. In general, the software publishers or studios concerned publish them on their official web pages. These announcements allow the gambling community to be aware of the latest news related to the betting industry. Recently, EveryMatrix, a software and content company for the sports betting and virtual casino industry, signed a patent licensing agreement with International Game Technology (IGT) to allow them to integrate IGT’s exclusive gaming features into their productions. With this agreement, EverMatrix will not only benefit from IGT’s innovative technologies to create its upcoming titles, but will also be able to enter the North American market.

Similarly, Yggdrasil Gaming has announced its partnership with Peter & Sons studio for the release of its new slot game Wild One. The game features 4,096 paylines and 6 reels and takes you to a post-apocalyptic world. Thanks to these associations and the signing of these various agreements, the software developers will be able to offer even more excellent titles to virtual betting establishments. These entertainment options are bound to be available at the best French online casinos and will undoubtedly offer unique entertainment moments to players all over the world. When you consider the incredible bonuses that these sites offer, you can’t wait to find out.

This is a conference that was organized by Sony on June 2, 2022. It allowed to reveal to the public the arrival on August 12, 2022 of Marvel’s Spider-Man Remastered, and during autumn 2022 of Marvel’s Spider-Man: Miles Morales on PC, as well as the presentation of the trailers of Final Fantasy 16 whose release is planned for the summer 2023 on PS5. The Game Show also served to announce the release of The Callisto Protocol, expected on December 2 for PC, PlayStation and Xbox? consoles, and Street Fighter 6, scheduled for 2023 for PC, PS4, PS5 and Xbox Series X/S. In addition to these, there was the appearance of the PlayStation title Horizon Call of the Mountain, the discovery of Resident Evil Village in virtual reality and the official release date of the Resident Evil 4 Remake for March 24, 2023 on PS5, PC, Xbox Series and later on PS VR 2.

However, the centerpiece of the State of Play conference was Sony’s statement that it is now focusing on third-party games and PS VR2. There were also other small announcements such as the presentation of the trailer for No Man’s Sky, a virtual reality space exploration game on PS VR 2, and the arrival of Bluetwelve Studios’ Stray, which immerses you in the life of an alley cat, on July 19 for PS5 and PS4. The other unreleased event is the release this year of The Walking Dead: Saints and Sinners Chapter 2 – Retribution on PS VR and then PS VR2 in 2023.

The Tribeca Games Spotlight conference held from June 8 to 19, 2022 allowed different studios to present their games. Nine titles were officially announced during this event. They are American Arcadia, As Dusk Falls, Cuphead- The Delicious Last Course, The Cub, Immortality, Oxenfree II Lost Signals, A Plague Tale: Requiem, Thirsty Suitors and Venba. Among these titles, we present you the gameplays of the most awaited:

A Plague Tale: Requiem is the sequel to the famous title A Plague Tale: Innocence produced by the French studio Focus Entertainment. This game transports you to a world ravaged by dark forces and invites you to live a thrilling adventure alongside Hugo and Amicia. With the awakening of Hugo’s powers, death and destruction fall on this world, so you must survive and then try to reach an enigmatic island to save Hugo, thanks to the supernatural powers that are provided to you. Scheduled to be released on October 18, 2022 on Switch, PC, Xbox Series X/S, PS5, A Plague Tale: Requiem has beautiful graphics and excellent features.

The Cub by Demagog Studio sends you to the planet Earth after a climatic catastrophe has devastated it and only the rich have been able to evacuate to Mars. You are invited to play as a Cub, a mutant immune to the toxins that have decimated the population of Earth and then return to Earth to collect specimens. A thrilling adventure in which you will be chased by the scientists left on the planet awaits you and you will have to do everything to stay safe and accomplish your mission.

The Xbox and Bethesda Game Showcase held on June 12, 2022 gathered a huge community of fans around the first images of many upcoming games. The most anticipated of these titles were Diablo 4, scheduled for 2023 on all consoles; Mojang Studio’s Minecraft Legends in 2023 on Nintendo Switch, Xbox Series, PS5, PS4, and PC; Forza Motosport 8 in Spring 2023 on Xbox Series X/S; Arkane Studio’s Red Fall in early 2023 on Xbox Game Pass, PC and Xbox consoles as well as Bethesda’s Starfield for 2023 on PC and Xbox consoles. In addition, other announcements came to mark this event, such as the official partnership between Microsoft and Hideo Kojima, the game designer of Death Stranding and Metal Gear Solid for the creation of a new video game expected exclusively on PC and Xbox consoles.

This Game Show of Xbox and Bethesda has also informed the player of the titles that will be added to the subscription service on demand of Microsoft, and this in the next 12 months. This is the Persona series expected on Game Pass and Xbox from October 21, 2022. Indeed, the games Persona 5 Royal, Persona 4 Golden and Persona 3 Mobile will be released on October 21 for the first, and then in 2023 for the remaining two. Similarly, their studio Atlus has revealed that the expansions of these titles will accompany their releases, including the DLC of Persona 5 Royal. In addition, Microsoft has also announced its partnership with Riot Games Studio to add the latter’s free-to-play titles to its collection of games available on the Xbox Game Pass. Soon, League of Legends, League of Runeterra, League of Legends Wild Rift, Valorant and Teamfight Tactics will be available.

In addition to the conferences previously listed, there were many others that marked the Summer Games Fest 2022 and fulfilled the expectations of gamers around the world. Among these, we can refer to the:

This June 1, 2022 conference was full of incredible revelations, the most important of which were the announcements of Warhammer 40K: Rogue Trader, an RPG still in development with an unknown release date. There was also Warhammer 40K: Space Marine 2, Blood Bowl 3 and Total War: Warhammer 3 – Immortal Empires to name a few. Moreover, there was the presentation of the trailer of Warhammer 40k: Darktide expected on September 13, 2022 on Xbox Series and PC.

On June 9th, during the Summer Game Fest 2022, the Devolver Digital conference took place. This conference was used to unveil to the world some Xbox games. These are The Plucky Squire, an adventure game planned for 2023 on all platforms, and Cult of the Lamb expected for August 11, 2022 on Xbox Series X/S, PC, PS5, PS4 and Xbox One. The other flagship game announced is Anger Foot expected exclusively on PC in 2023.

During the Netflix Geeked Week that started on June 10 and lasted 5 days, Netflix presented its upcoming releases of movies, series, but also games. Thus, there was the confirmation of the release of the animated movie Dragon Age: Absolution, of Tekken, an animated adaptation of the famous video game, of Cyberpunk, Sonic Prime, etc. On the games side, there were some surprising revelations such as the development of two titles from the films Shadow and Bone and Queen’s Gambit, the announcement of the upcoming appearance of unbranded titles such as Spiritfarer, a management game, and Lucky Luna, a production inspired by Japanese culture, and many others.

This conference, reserved for PC Gamer regulars, was held on June 12 and showed fans previously unreleased gameplay footage of upcoming games, and revealed the names of other titles still unknown. The biggest announcements at the event were Soulstice, due out on September 20, 2022 on Xbox Series, PS5, and PC, Half-Life: Alyx Levitation, due out in 2022 on PC Game Pass, Victoria 3, due out in 2023 in beta mode, and F1 Manager 2022, due out on August 30 on all platforms.