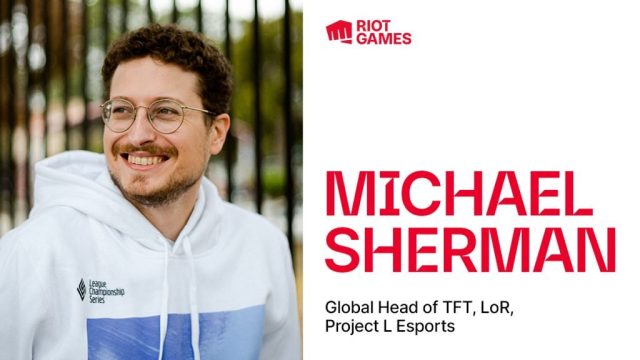 It is through a LinkedIn post that Michael Sherman broke the news. He has been promoted to head the esports division and will be responsible for developing games such as TeamFight Tactics, Legends of Runeterra and Project L. It will be difficult for Sherman to satisfy the needs of each audiencebecause their tastes differ.

However, Riot Games’ new esports boss intends to develop the esport of these three titles through unique strategies to each title. Riot Games sees the need for such an appointmentas the company mainly focuses on League of Legends and VALORANT.

As first goalMichael Sherman said he wants to focus on the future of TeamFight Tactics. Riot wants to develop the esports componentincrease the number of tournaments and improve championship prize pools of the autobattler.

I am very happy to announce that I have started a new role as Global Head of Esports for TFT, LoR and Project L. I am extremely passionate about developing esports alongside the community, and this will remain one of my top priorities in this new role. –Michael Sherman

Sherman also wished to be clear. Project Lthe future game of versus fighting will not be released until 2023 and will be one of its priorities when he’s ready to go out.