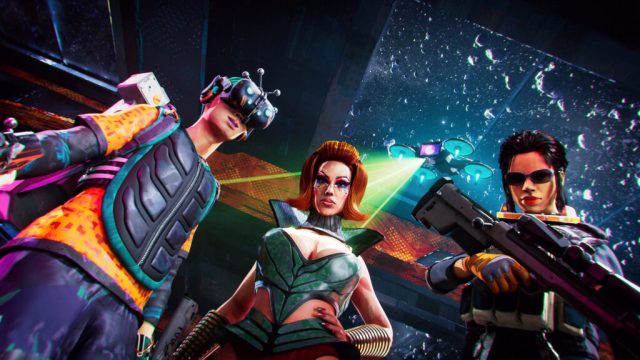 Sega has just announced its new title: a multiplayer FPS, anchored in a SF universe, where players will have to evolve into the skin of a bandit.

This Wednesday, June 22, Sega announced its new license developed by Creative Assembly: a game PvPvE appointed Hyenas which seems to bring an SF universe “which does not take itself seriously” according to its creative director Charlier Bewsher, who notably officiated on Red Dead Redemption Online.

Hyenas: A World Where Thieves Rule

The title will send players to a world where our dear Earth no longer exists. The richest have colonized Mars, the poor live in a gigantic slum in orbit, the Taint. While the latter desperately try to survive, the more well-to-do indulge in their nostalgic passions that revolve around pop culture. The objects related to the latter, worth a gold price, are regularly the target of bandits, which you will have to embody, known as “hyenas” quite simply.

Multiplayer therefore, the game will oppose 3 teams made up of 5 players each, each member of which has specific skills. Among other things, they will invade cargo ships, face each other, in environments where weightlessness reigns in particular, and will also have to get rid of any obstacle that will get in their way to finally take possession of these famous artifacts. The one who collects the most loot will be declared the winner.

Hyenas will be released on PS5, PS4, Xbox Series, Xbox One and PC. At the moment, the exact date is still unknown. On the other hand, it will appear in 2023 and has a good chance of being offered at the very beginning of the year, Sega effectively planning several releases (including remakes and remasters) before March 2023.

If we must therefore wait for more information on this subject, it is already possible to register on the official site for future alpha-tests.

READ :   Elden Ring: a record on Steam, but the PC optimization rages