It’s been more than a year since Serious Sam 4 came out, a nag FPS, devoid of finesse, and endowed with a very greasy humor. But it was also a game with dated technique and axed staging, which clearly did not receive a very good reception. Despite everything, the software, offered at a low price, remained rather nice to do without taking the cabbage, and there, against all odds, Devolver and Croteam swing us Serious Sam: Siberian Mayhem, a stand alone which resumes, in broad outline , traits of a community-developed mod that Croteam eventually took care of personally. Verdict? Bah it smashes everything, and nothing at the same time. 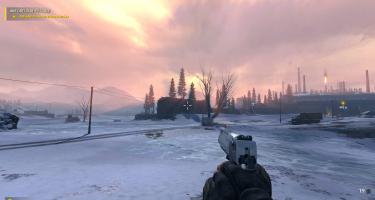 Well the scenario is quickly done, there is none. We know, Serious Sam is a game that does not epilogue of the masses, if at all. Even if the fourth opus had tried to play the storytelling card as best they could, Croteam obviously realized that everyone was banging it and clearly wasn’t there for it. With Siberian Mayhem, the studio therefore definitely releases the idea with great blows of explosives…

Paradoxically, we have never seen so many cutscenes, however short, in such a short time in a Serious Sam (less than 8-9 hours in normal mode to see the end of the stand alone, to see how you manage the fights) who finds himself talking to say nothing. However, during these skits, we note a slight graphic improvement (very slight but present), better animations as well as a real desire to try out the staging, without however managing to make something impressive out of it. . It is even often ultra cheap. 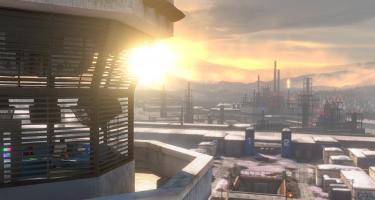 For the rest, it’s the same technical grub, far from current standards, but it remains straight in the boots of Uncle Sam. It blows up in all directions, the enemies are numerous and the particles even more. In contrast, the optimization is flawed and the framerate drops (regardless of the resolution and the options chosen) are sometimes disabling. The clipping is also present and the loading times are terribly long for not a round. It’s anything but pleasant.

Seriously guys, we clearly expected better than that, especially after the feedback Serious Sam 4 had. much of the players who smashed the title. This time however, it’s hard to find an excuse for Croteam, which didn’t make the effort to pamper its foal, despite the setbacks of its big brother.

Seriously guys, we clearly expected better than that 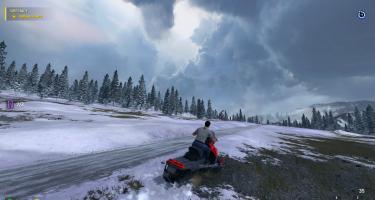 Other than that, what does Siberian Mayhem bring? Bah nothing more than new maps to défourailler everything that happens. Siberia contrasts drastically with the scenery that we are used to seeing in the license and we had not seen any snow for a while in a Serious Sam, and for once, it’s fresh. Furthermore, the levels are not all of the same quality. Industrialized areas, for example, are simply dispensable. Artistically they bring absolutely nothing, and as a bonus, their too narrow level design is really not adapted to a gameplay as lively as that of Serious Sam. And even less with the hordes of monsters.

READ :   A new Sly Cooper for the PS5 soon to be announced? News @VGR

Nevertheless, the title makes up for it with more open spaces, large combat areas that quickly turn sour, and even several passages in almost “open world” where a handful of sometimes cool secondary missions (carnage) are housed. 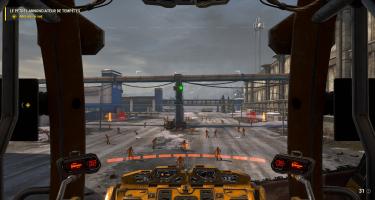 The opportunity to find the vehicles, here a snowmobile and a mecha. The first is absolutely useless except swallowing kilometers of snow between two points of interest, a bit like the Carcassonne motorcycle, but even less stable. A height. And when you’re done turning your face around in the powder, you can board a giant mech to knock out mobs that will smash into your cabin in packs of a hundred. The only fun thing in these sequences is just to actually see hundreds of monsters simultaneously throwing themselves at us, the rest, it’s even less fun than the original game’s robot outings and definitely less funky than the combine harvester ride.

Maybe that’s where it’s going pretty badly, Siberian Mayhem is a bit too…serious. The few new enemies (including alternatives of existing creatures), Siberia, vehicles and even the AK47 (which just replaces the standard assault rifle) do absolutely nothing and the studio does not take the opportunity to spice up the experience. Stand alone or not, we are below what Serious Sam 4 offered in terms of madness and testing, the fights of Siberian Mayhem not being so complicated after all. So it throws a chill.