The game has been tested on a version early access after the publication of the update of 02/17/2022. The developers believe that this early release is playable and can be offered to the public. The contents do not however reflect the final version of the product, our rating should therefore be considered as a preview note. 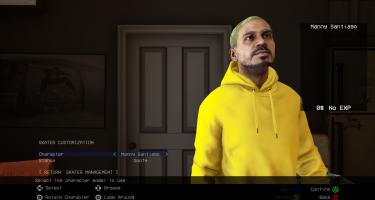 Remember your crazy youth, when you put on your Element hoodie, your pairs of DC sneakers and your Ethnies baggie to grind on the sidewalks of your village with class and elegance, on your pink BAM board in homage to the one who sparks your passion for skateboarding, but especially falling in the bushes and other bullshit with CKY, Tony Hawk’s Skateboarding on PSX then Jackass. The oldest among you remember this blessed era of hyper democratization of skateboarding in France, resulting in a well-known series on consoles. The younger ones will no doubt remember a much more simulation franchise: SKATE, by EA Black Box, a decade later. And since? Not much, it must be said. A Skate It in the form of a spin-off on Nintendo consoles in 2008, reissues of the adventures of Antoine Faucon, and the OlliOlli series (whose opus World was recently tested on our site) who was not specifically looking to box in the same category.

In Skate, you enter the hard without warning 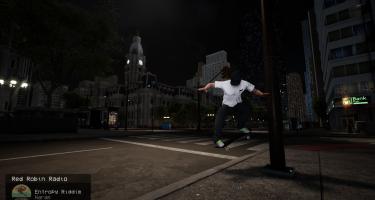 In 2019 however, Crea-ture Studios has announced the release in early access of Session, a skateboarding simulator, a kind of revival project of the Skate series financed by a Kickstarter. A “spiritual sequel”, as regularly described, which incidentally may have confused players (including me). To the point of having a very high level of expectation. During the first tests at the time, it was a cold shower. A somewhat chaotic handling, bugs, poverty worthy of a missed act. After several more years of evolution, the studio continued development and announced a big update in early 2022, for its last year in beta, hoping to convince skateboard fans again. Successful bet? We take stock of the possible “Skate 4 never released”.

Skateboarding is not for the weak 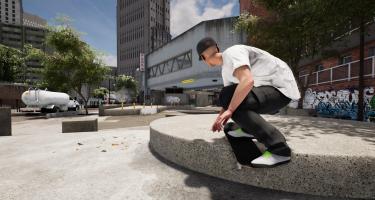 Might as well say it outright: you have to be a fan, even more than that, to hang on to the branches. Car Session is not, fully, the long-awaited opus of ultimate skate simulation. Playable only with the controller (quite logical), even on PC, you start by designing your own skater: name, position on the board and clothes. Don’t expect to customize it too much at first, the editor is reduced to a minimum and the vast majority of the shop (clothing, trucks, grip, wheels, etc.) is unlocked with the money earned during the game. Unfortunately, from this first imposed part, we discover graphics with a little aliasing and exaggerated grain in the textures. No doubt a one-time downgrade since, in game, the title is far from ugly, with the quality of the UE4 well mastered, but which is beginning to suffer from the weight of the years in several places. And then, you get into the hard without warning: the first part indeed asks you to do many different tricks to advance in the story. Except that, for some, it is a headache as rarely seen in a game. It’s very simple, just 10 minutes from the start of the game, I was already stuck on the second movement which didn’t seem to want to be done with the controller. Half the time, moreover, the character was half glitched in the surfaces of the environment. 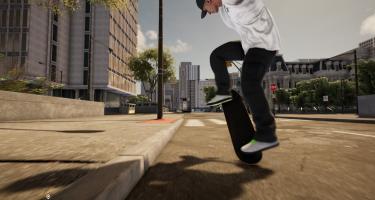 The movements, precisely, are overly complicated, which will undoubtedly appeal to purists of hardcore simulation (and again, I am one, and I suffered). On an Xbox controller, you have to use the X or A button to skate (depending on the foot used), use one joystick or the other to make the movements of the right or left foot, and it is ultimately the two triggers that determine body position. So of course, that’s what we expect from a simulation game, and perhaps the ease of the Tony Hawk-style arcade has given us bad habits, but it still seems to us that Skate games were taken in hand in just a few minutes, where for Session, you will have to spend hours getting familiar with the controls. Moreover, the good point in all this is that we feel full satisfaction when we finally manage to chain two basic tricks after 3 hours of play (no joke), which is clearly close to the feeling of this discipline, in real life.

The latest update, however, finally offers the Legacy option, which considerably nerfs the game and transforms it a little more into an arcade since you control the character with one stick and enter the figures with the other. Despite everything, it is still very simulated, with a physics that leaves little room for error. 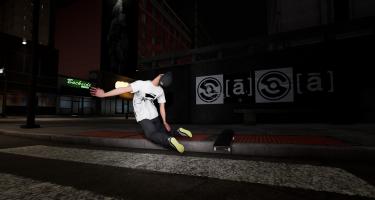 If you are unable to validate the figures requested in the tutorial, familiarize yourself a little more with the encyclopedia present in the menu. A list of sequences is displayed like a set of fighting game combos, in the rather original and nostalgic form of a PlayStation-era tube TV manual. The good news, for those who have mastered the game and the discipline, is that there is a very wide range of possible tricks in this sport and that some are coming with updates (the last one added grinds). It is also perhaps in this encyclopedia that the game has tried to make itself a little more accessible: if you do not understand the mechanics of the two joysticks, you just have to reproduce the combo in a stupid and nasty way, with the right timing and the right pressure exerted on the stick, to succeed in the figure. Otherwise, the game will be extremely punishing: any small obstacle, as in real life for the rest, throws you to the ground or cuts your sequence clean. No blood or broken bones though, that’s the big difference with Skate, and we regret it because it was perhaps the funniest part of the game. 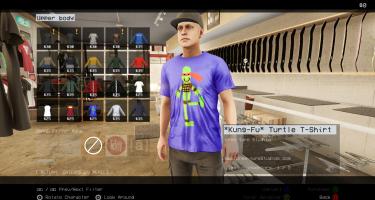 Once the tutorial is over (or not, you may find yourself stuck and not being able to finish it because nothing seems to start, sometimes the fault of explanations that are not always understandable, not to mention, for non-English speakers, that the game does not is not located), you can ride in nine quite diverse maps, between skateparks and parts of the city, in New York or Philadelphia (two cradles of modern skateboarding). Mini open worlds, with visible invisible walls (ATTENTION ZONE UNDER WORK DO NOT ENTER ALALA WE HAVE NOT CODED BEHIND ACHTUNG), devoid of life and with fairly similar aesthetics in the end. If there are interesting visual details, beautiful lighting effects and a day/night cycle, everything is often destroyed by a strawberry camera most of the time and collision bugs that will send your character into a ragdoll 10 meters away , or dismantle the wheels of your trucks to project them in levitation above your body. That said, as with dozens or even hundreds of options, the camera can be adjusted. Yes, Session wants to be hyper pushed into the gameplay options and offers a range of automatic or manual controls, and precision sliders on one or another element of the game. 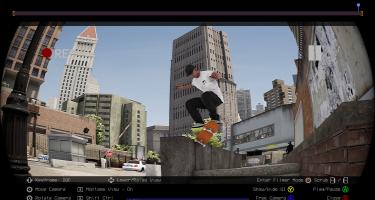 Customization is at the heart of the software since an on-the-fly editor now allows you to add new elements to the map (to be purchased in the store too, with in-game money) and therefore to modify your experience in the cities. As for the replay mode, a very advanced photo/video mode, it will offer you a few moments of nostalgia by capturing your tricks. It’s then up to you to modify lots of parameters to transform it into so-2000 footage, until you obviously offer the famous grain of 411VM’s fisheye videos. The game is actually more like a big sandbox that wants to give you real freedom. Indeed, in terms of challenges, it’s pretty stingy: you can respond to a few daily or weekly requests which generally consist of entering tricks in certain places or accumulating movements. Nothing crazy, but we regret that this aspect is almost not visible (we had to activate it in the settings to find out) and that the interface is generally too cluttered. Finally, we end with one of the strong points of the game which reminds us of the good times of THPS: the sound environment. Whether it’s the noise of the wheels on the asphalt, the sound of the grind or especially the music, everything is in the small onions. Obviously, as long as you like the lo-fi hip-hop, metal and reggae combo.