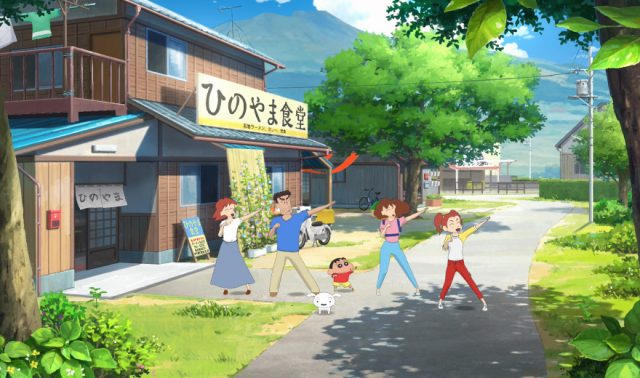 The well-known series, at least it is in its country of origin, will see its game released this summer on Western consoles.

Released in 2021 in Japan before reaching the rest of Asia in May 2022Shin-Chan’s video game adventures – sold until now at 400 000 copies – will also be offered on Western consoles.

An arrival in August, just in time for the vacations

Created at the end of the 50s by the mangaka Yoshito Usuthe license has also been brought to anime. The latter, broadcast since the 90s on the Japanese airwaves, proves by its longevity its great success in the land of the Rising Sun where this Shin-Chan is such a real institution. And, in the rest of the world, its reputation is not less. It is thus with certain ambitions that it will try to make a place for itself as a video game.

READ :   MetaMansion: sex and NFTs in this crossover between Playboy and The Sandbox

Indeed, Shin-chan: Me and the Professor on Summer Vacation – The Endless Seven-Day Journey will be released in August 2022 On PS4 and Switch. A moment of choice for the game that wants to send us in the company of the famous little boy seeking to live a pleasant vacation in the city of Assou, which is not without experiencing some strange events. With his camera in hand, he will meet children, walk through fields and other landscapes immersed in the noisy sound of cicadas, and above all, he will carry out some activities worthy of occupying his days: hunting insects, fishing, farming or even to exercise the profession of reporter …

And, if Japan will know soon a physical arrival of the game, it is very difficult to think that it will be the same in our dear Europe, where, moreover, France is not really spoiled on the side of the subtitling. The title is indeed localized in German, Spanish, English but not in the language of Molière.