In an alternative post-apocalyptic world, this Chinese title promises a sandbox road-movie with a sexy young Japanese stuntwoman.

Developed by the Chinese studio NEKCOM, theaction-RPG Showa American Story takes place in theyear Showa 66 in a dystopian world where Japan has succeeded in imposing itself on the United States, with for example a Statue of Liberty in a kimono.

In this universe, the Showa era, which began in 1926, did not end 63 years later, in 1989. We thus find ourselves in an alternative year 1992 steeped in Japanese culturealthough no member of the development team came from there.

We are therefore dealing with a “Showa style seen by a Chinese” inspired by manga, anime and other Japanese films, in the words of XY Luo, creative director of the game. mixture of Japanese and American cultures proposed here corresponds to what Luo imagined as a child, with many references to the key. 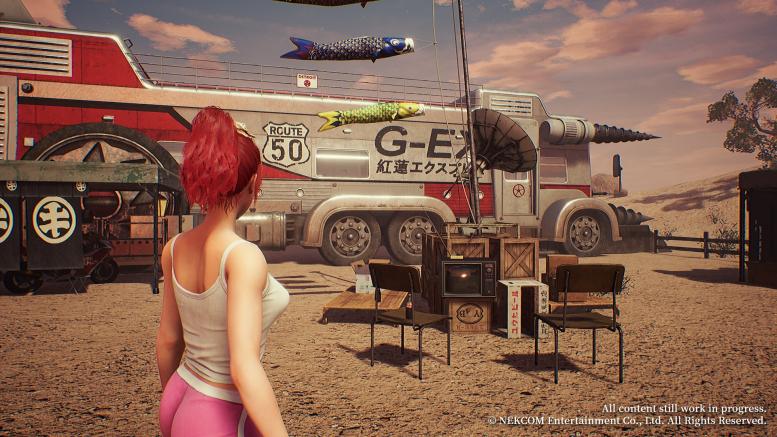 The title, which is reminiscent of No More Heroes, presents itself as a sandbox action-adventure game. He offers us a motorhome road movie across America where exploration shares the limelight with combat. More than 20 types of weapons can thus be freely used by Choko Chigusa, the heroine of the story who came to America with her younger sister to pursue a career as a stuntwoman.

READ :   Activision: another complaint for sexual harassment and discrimination

After her sister goes missing, Choko is killed by a mysterious agent and then miraculously resurrected ten years later in an America filled with zombies and monsters following a catastrophic incident. Note that although Choko has returned from the dead, special attention has been paid to sexy animation of it.

Showa American Story is set to be released soon on PS5, PS4 and PC, and could join other platforms later.