Sliding games have become relatively rare in recent years. Recently, only Riders Republic, Ubisoft’s “catch-all” arcade game, offers a few winter sports sessions, certainly arcades. For more advanced gameplay, you have to go back to 2016 with Steep, also from Ubisoft, which offered slightly more extensive mechanics. But 2022 marks the great return of board sports simulation with Shredders. A software developed by FoamPunch which intends to offer a solid alternative to purists on PC and Xbox. 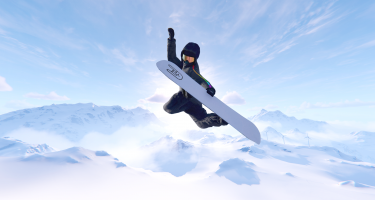 As with the skate game Session, Shredders bets absolutely everything on its gameplaythat he wants to be as sharp as possible. The game is therefore content with the bare minimum in terms of scenario and staging serving us a silly story of a rebellious snowboarder who rises through the ranks to become a real star. Honestly, we will welcome the fact that the developers wanted to offer us a context, but if there had been nothing it would not have been a big loss. The characters all have head-to-toe jumpsuits, make big gestures while bawling and that’s about it. For the rest, we go from one stage to another trying to fight with messy menus as possiblewhich drown out all the information in a jumble of tabs and submenus.

Too bad, since the game offers a lot of different missions and courses in addition to having a rather large map, with huge vistas in crisp white. The playable areas also benefit from a few small surprises, such as villages or slightly more industrialized sectors. As a bonus, although the character modeling and animation leaves something to be desired, Shredders is far from ugly and offers excellent sliding sensations. Nevertheless, the software would have clearly benefited from being more organic and natural, especially in its structure, but it nevertheless makes up for it on its rather well-designed layouts, in particular offering replayability and many opportunities to place figures.

Shredders is far from ugly and offers excellent sliding sensations 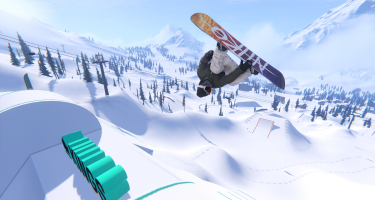 But it is especially on its gameplay that Shredders is expected at the turn. Simulation requires, the software uses all the buttons on the controller. We will thus use the two joysticks: the left one to manage its impulses and movements, the right one for its rotations. The 4 triggers are also used for the different grabs or the change of direction of the board for example. In addition, many subtleties fit in here and there, giving for example several uses to your triggers depending on your positioning or the direction of rotation of your board. The good side of such a complete gameplay is that it allows a lot of madness and different tricks. Flip, grab, grind and all their variants are available to you and you can chain them as you wish, with training. Your combos will never be the same and there are therefore many ways to approach a simple jump. 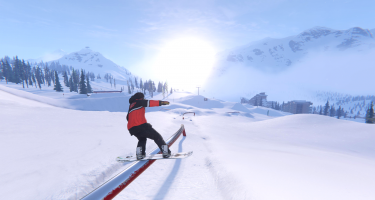 On the other hand, it will force all players to go through the tutorial box and the game will only become accessible and enjoyable after several hours (depending on your affinity with the mechanics). Shredders is not a software that you tame in the first ten minutes, and the first steps are steep. Placing your tricks requires a lot of skill, even for the simplest ones, especially since the software is extremely precise and leaves little room for luck. We can still count on a small rewind accessible by pressing a simple button after having picked up the face in the powder. A significant feature which, as a bonus, has no penalty most of the time. After getting the hang of it, and once you’ve mastered the software, you quickly get into the game, constantly trying to beat your own scores to win new rewards..

Yes, because simulation obliges, Shredders offers lots of licensed snowboard cosmetics and gear. Purl, Thule, Pow, Go Pro or even Junkyard… there is something for everyone. It may not impact the gameplay, but it allows the player to create a classy rider. Big names in sport are also regularly honored like Arthur Longo or Jamie Anderson.