The content of Sloclap’s game roadmap hints at the arrival of new content but also difficulty options.

If you are one of those who have found the difficulty level offered by Sloclap for his kung fu game was too high, you will probably be happy to hear that you will soon be able to play Sifu in the mode easier. For others, nothing obliges you to do so.

The roadmap 2022 shared by the Parisian studio indeed mentions the integration ofdifficulty options (Student, Disciple and Master) from next Tuesday, May 3with the release of thephysical edition of the game and, in addition, the arrival of a advanced training and the possibility of change outfit.

This free update of spring will be followed by that of this summer which will bring a system of advanced scoreof new outfits and 7 new modifiers gameplay: stronger enemies, bullet time, single hit point, no pendant, no protection, golden staff, and unlock all abilities. 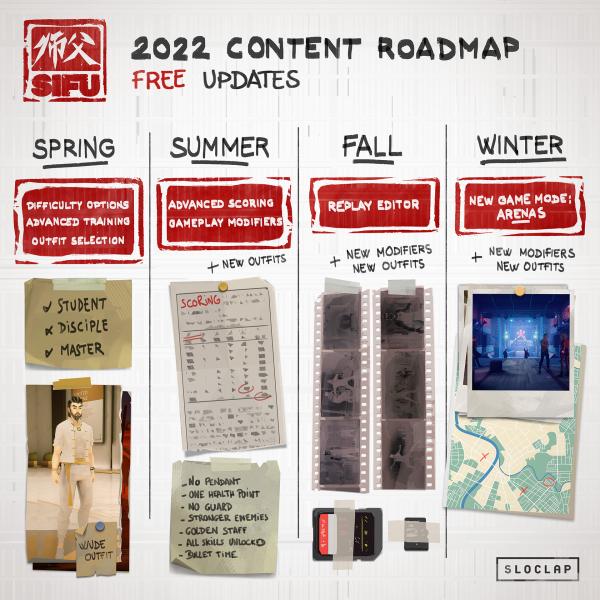 If, as our test explains, the software is an undisputed success on PC, PS4 and PS5, while waiting for its release on Xbox One and Xbox Series, or even on Switch, it apparently intends to continue to expand and improve by bringing always more to his fans, and that’s pretty good.