In its two years of existence, this is the second major honour for Betiton. The first is from 2021 when the operator was awarded the prize for Rising Star Operator of the Year. The second major recognition for Betiton is the victory in the category Marketing Campaign of the Year, owing to the special promotion for predictions “Guess It On”.

“What a fabulous reward for the entire team behind Betiton. This award boosts more than ever our determination to deliver the best gaming experience to our players.“, said Arnoud Serour excitedly, CEO and co-establisher of Betiton, after the reward’s reception.

The “Guess It On” promotion, which made Betiton a winner, was a kind of quiz that combines football predictions and sports wagering. Through it, Betiton users had the opportunity to receive various prizes, the most exciting of which was a visit to a live football match with a big name in football, Djibril Cissé. 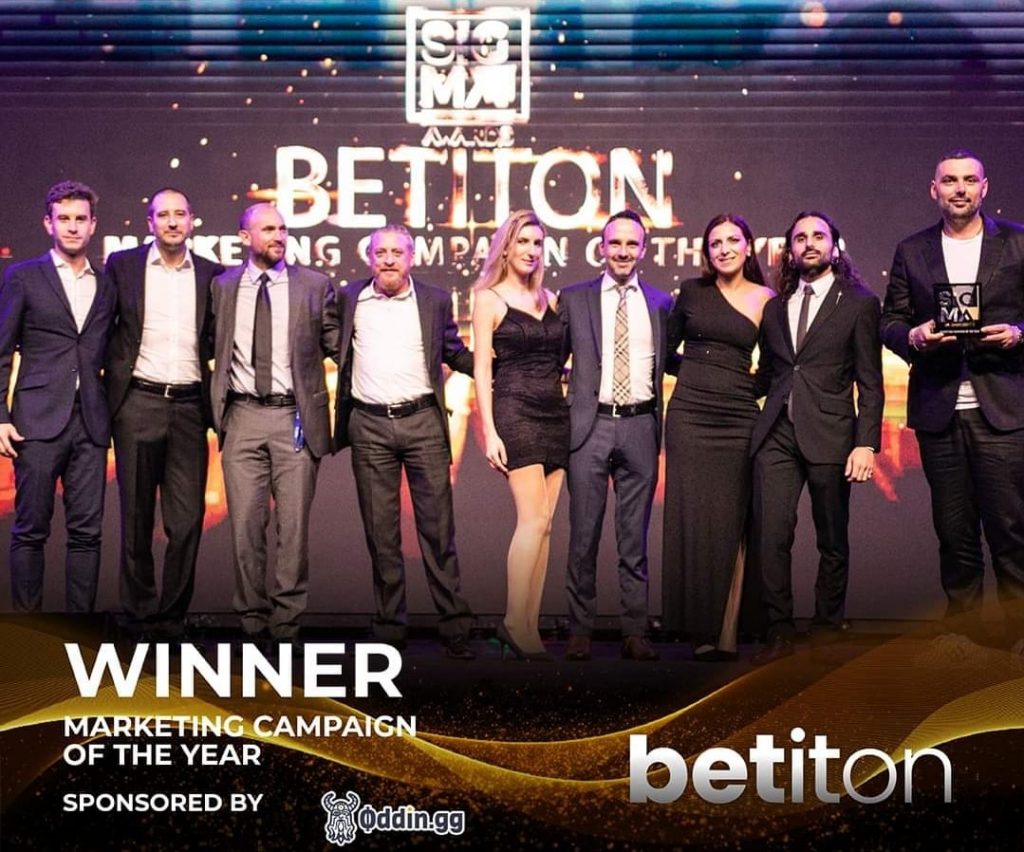 The host of the European Gaming Awards 2022 is SiGMA. This year’s ceremony was held on November 14th in Malta. Among the visitors were some of the most significant establishments in the industry. William Hill and bet365 competed as operators, while Ask Gamblers and Blue Window competed as affiliates. Other major awards that were handed out included Online Casino Operator and Responsible Gaming of the Year.

On the territories of North and South America, Europe, Asia, Africa, and the CIS (the Commonwealth of Independent States), the festivals organised by SiGMA are held. As one of the main organisers in the field of iGaming, it deals with the preparation of some of the biggest conferences and award galas. The events hosted by them are attended by politicians, CEOs, and people in similar positions.

The operator, established in 2020, is one of the newest in the online gaming industry, whose services are available in many international markets. Betiton boasts three gaming sections including casino, live casino as well as sports wagering.

Top 10 tips to be Successful at Online Casino