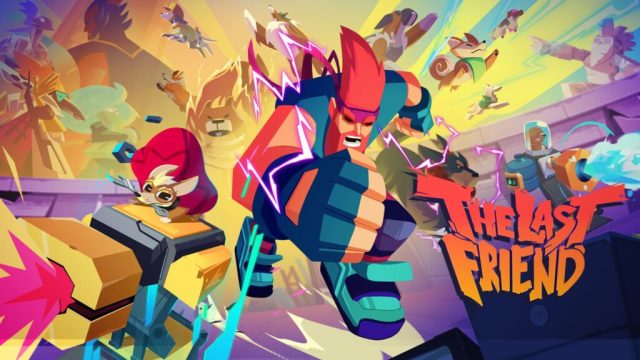 Publisher Skystone Games highlighted several of its games at NGPX. Among them is The Last Friend which has revealed its arrival date on Nintendo Switch.

On the occasion of the New Game + Expo, the publisher Skystone not only announced the upcoming release of The Last Friend on Switchbut also showcased his other creations, some of which will be available soon.

The Last Friend: a title between Streets of Rage and Plants vs. Zombies

This title, released in 2021 on PC (Steam), will arrive April 21 on the hybrid of nintendo. According to his description, The Last Friend features mechanics from beat ’em all such as Streets of Rage or even elements of strategy like Plants vs. Zombies. Here the player will have to rescue dogs. There, he will build his small army made up of faithful canids who will help him to protect, in turn, his base against an entire assembly of violent mutants.

While waiting for his arrival, a demo is now available on theeShop.

Skystone’s other presentations at the New Game + expo

During the same event, Undying – available in early access on Steam – drew attention to the upcoming arrival of its update. The latter will add new content to him and will now offer the possibility of being in control of Cody.

As for the new independent titles highlighted, we will start by citing Spacelines from the Far Out. Featuring a mix of many genres (tycoon, party-game, roguelite…), it draws its inspiration from various conceptions of science fiction originating in the 60. His arrival on Steam is scheduled for May 2022.

At its side, there is a novelty horror game offering an experience based on adventure, puzzles and combat. This is the title with Lovecraftian accents, Underworld Dreams: The False King. It will be available on Steam and Switch in the spring of this year 2022.

READ :   Syberia: The World Before is revealed in a final launch trailer