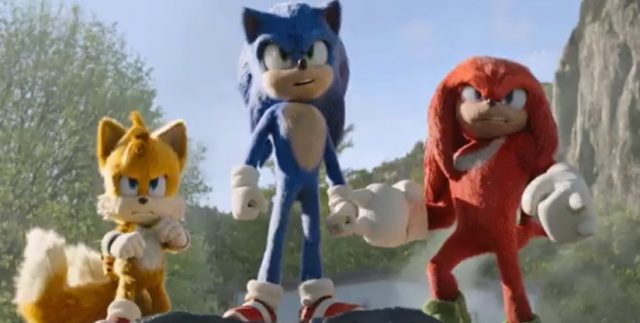 The blue hedgehog does not stop and already puts a date on his third cinematographic opus. Sonic 3 is coming soon.

Sega must be in heaven, since its mascot will return on the screens of the whole world in a new feature film. The Japanese firm is indeed betting big on this revival of popularity to sell its games like Sonic Origins or the next Sonic Frontiers.

Sonic 3 will arrive in theaters on December 20, 2024that is to say 4 years after the first opus of the saga in the cinema. In 2020, Sonic was a great success when it was first released in cinemasdespite a big debate about the design of the hedgehog that had to be restarted shortly before the release of the film.

Worn by James Marsden (X-Men), Jim Carrey (The Mask, Ace Ventura) and… Sonic (dubbed by Ben Schwartz), the first film was a box-office hit by bringing in nearly 310 million dollars for a budget (before retouching) of about 95 million dollars. A nice income that allowed the film to offer itself a sequel with Sonic 2, released in March 2022. There too, the success was with the appointment with no less than 402 million dollars at the box office for a budget of a little over 100 million.

Sonic has become a rather lucrative movie license and the reviews, from the press and the spectators, are rather good. It is therefore not surprising to see the blue hedgehog back on the big screen. On our side, we can find him in Sonic Frontiers planned for this year (normally).