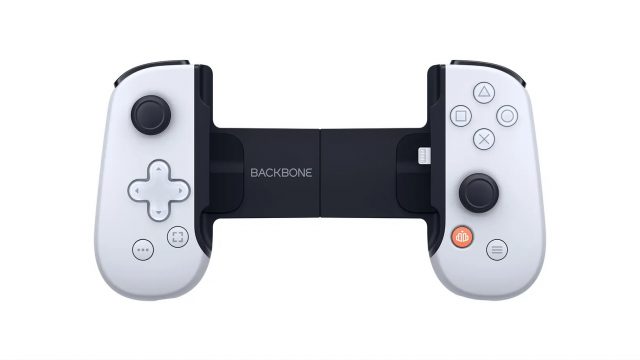 A new controller with PlayStation colors is announced. This time, it is intended for players who want to play on their mobile.

Specializing in mobile accessories, the company Backbone has announced its new controller for smartphone: Backbone One – PlayStation Edition.

In partnership with Sony, it has created a product that will remind the controller of the new gen console: the Duelsense. Indeed, as we will learn on the PS Blog if not by the introductory video, it has the color, the characteristic keys and even the materials.

Play with remote play on Iphone

Exclusively intended for IPhone owners, the controller logically gives the possibility to play any game present on theApp Store or other streaming services (such as Xbox Game Pass Ultimate for example). But it will also, and above all, facilitate the contact with PlayStation softs (PS5 or PS4 titles) which can be accessed with the PS remote play application allowing to stream games on mobile. Finally, a small shadow: the joysticks are in a slightly different position than originally.

This Backbone One – PlayStation Edition is powered by the user’s phone and therefore does not need to be charged beforehand. The controller also has a plug to connect its Pulse 3D headset. And, an application that is linked to the new device can also be retrieved from the App Store. It will give its user the opportunity to integrate the characteristic glyphs of the PlayStation on the interface of his machine. This will facilitate immersion.

The new product of Backbone is already available and can be purchased on the official website for a price of about 120 euros.

It is not yet known whether or not owners of an Android smartphone will also be affected by this arrival.