Thunderclap in the industry, Sony would have made a historical buyout without warning and would have put its hand on Square Enix.

This time, it’s not a rumor, but a concrete information coming from the Chinese website Iyiou, which keeps track of financial movements and other investments on its territory. During its latest review, the site spotted a takeover that could well make history.

Sony is said to be making a historic buyout

According to Iyiou’s data, Sony has reportedly acquired Square Enix (China) for 200 million yuanor about 30 million euros. For the moment, neither Sony nor Square Enix have commented on the deal. 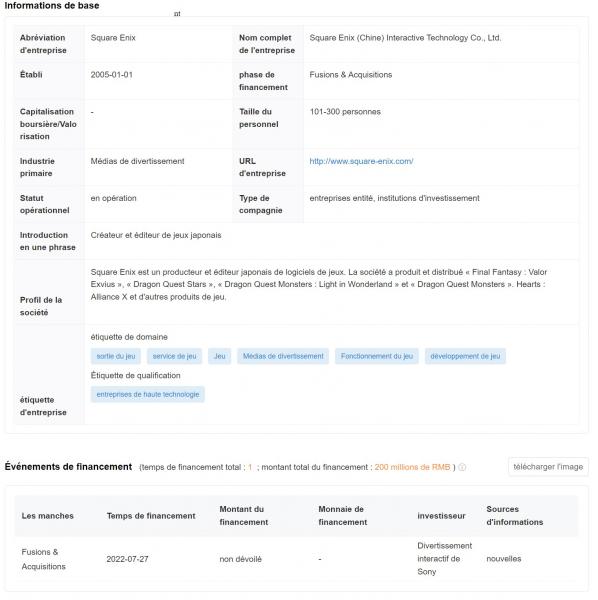 The acquisition of Square Enix’s Chinese branch could be the beginning of a much bigger investmentthat of the publisher in its entirety. There are many rumors about this acquisition, and they are not new, not to mention the many historical similarities between the two entities. Not long ago, the former head of Eidos Montreal, Stephane D’Astous, also commented on the deal saying that he had heard several rumors suggesting a rapprochement between Sony and Square Enix, which, according to him, would have caused the sale of Western studios to Embracer.

I’ve heard rumors that Sony has said it is very interested in Square Enix Tokyo, but not the rest. The president of Square Enix, Yosuke Matsuda, has been holding a sort of yard sale, so to speak.

It could be that we are at the beginning of a historic takeover which could allow Sony to face the compulsive assaults of Microsoft, which does not hesitate to drop billions of dollars to get its hands on major players in the sector like Activision. We’ll just have to keep an eye on the deal very, very closely.