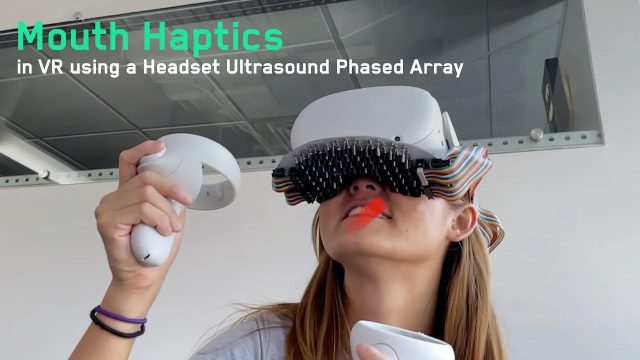 A new scientific concept aims to make us feel the liquids, the wind, or even spiders running on our face, through the mouth.

Various sensations can be felt through our mouth and scientists have developed oral haptics aimed at exploiting this in virtual reality.

IFL Science has indeed reported that researchers from the Future Interfaces Group from american university Carnegie Mellon of Pittsburgh, Pennsylvania, have successfully grafted ultrasonic transducers has a Meta Quest 2 in order to exploit theacoustic energy on the mouth.

This one coming just after the fingertips in terms of tactile sensitivity, this is of definite interest. It is thus possible to feel sensations on the lips, teeth, and tongue through single pulses (taps), trains of pulses (several taps in a row), swipes in different directions, and persistent vibrations.

The demonstration of their video above refers to the felt the wind on a motorbike, various liquids flowing into the mouth or face, due to to smoke a cigaretteto brush your teethor to have spiders running on the face.

We are not yet only at the beginning, but this technology, which should also be able to be integrated into VR headsets for PC, or even the future PSVR 2, without additional accessories to wear, promises in any case more realism, localization, tactile sensations, reactions, immersion and visual-haptic correspondence. To be continued. 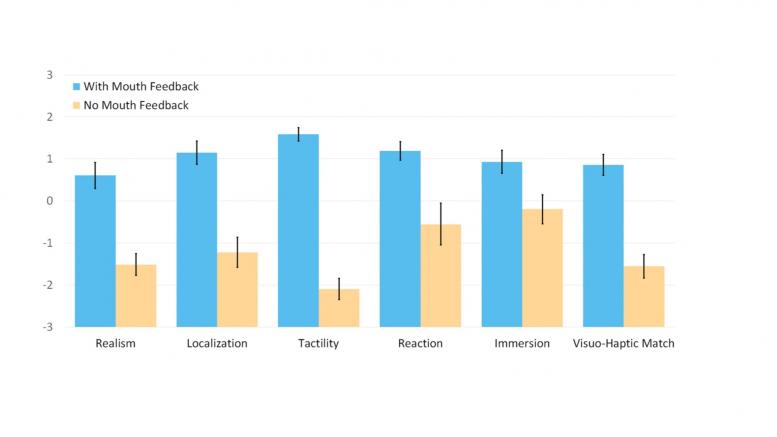