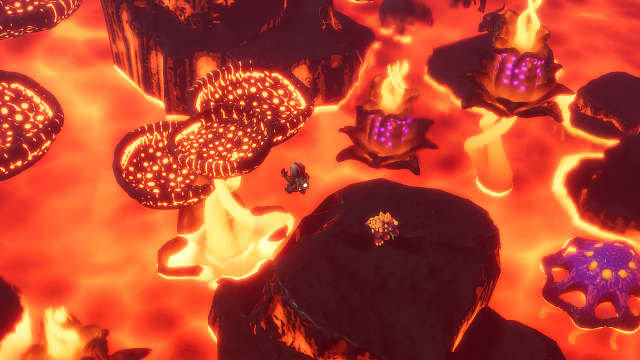 Presented during THQ’s livestream, Space for Sale intends to make a place for itself among space exploration and management games.

Space for Sale is announced as a space exploration game in which we will be asked to find planets and make them habitable. The problem is that the nature is sometimes hostile and that the customers are particularly demanding.

All colorful and armed with an ultra choops art direction, Space for Sale appears as a mixture of No Man’s Sky and Satisfactory. It will be indeed a question of exploring planets generated in a procedural way and of settling there by building a true industrial complex to benefit from all the resources.

The first objective will obviously be to make the planet as habitable as possible to satisfy our customers. We will have at our disposal a whole bunch of tools to get resources, and a wide range of buildings to build by ensuring their proper functioning. It will also be possible tointeract with the surrounding faunaFor example, by giving food to the creatures that you will meet, or even by making pets of them.

READ :   Martha is Dead censored and physical releases pushed back to PS5 and PS4

The developers also told us that the software included many different environments like alien forests, or worlds invaded by lava and bioluminescent flora. Cherry on the cake, the adventure can be played in cooperation with another player.

Although the game does not yet have a release date, it is known thatit will be available on PC.