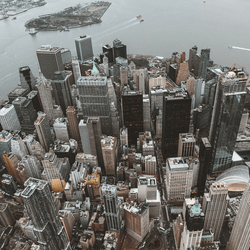 In the city of New York, there is no land-based casino yet. However, this will soon change as 3 such complexes are already planned.

This is an opportunity that interests many people, such as the billionaire Stefan Soloviev.

This big landowner who owns more than 200 000 hectares of land in the whole country has just presented his project for create a casino in Manhattan.

On a vacant lot south of the United Nations headquarters

Aged 47, Stefan Soloviev inherited a large part of his fortune after the death of his father Sheldon Solow in the year 2020. He then took advantage of it to invest in real estate, railroads and agriculture. He is currently worth more than 4.4 billion dollars.

Soon, he seems determined to try to enter the gaming industry in the United States. He is currently working on a hotel-casino project in New York. If he ends up getting one of the coveted licenses, it would open in Manhattan on a vacant lot that the billionaire owns just south of the United Nations headquarters along the East River.

1,000 rooms or suites, a museum of democracy and a Ferris wheel

At the moment, Stefan Soloviev is emerging as one of the largest landowners in the United States. His portfolio includes a vacant lot between 38th and 41st streets east of First Avenue near the UN building.

Covering an area of about 2 hectares, it could soon host a hotel-casino. In any case, it is there that Stefan Soloviev wants to realize his project. This one should welcome, among other things, about 1,000 rooms or suites, a museum of democracy and a Ferris wheel overhanging the East River.

Of course, a huge gaming room is also planned to bring together a lot of slot machines and traditional tables dedicated to the main casino classics.

This famous land was purchased by Stefan Soloviev’s father, during the year 2000, for an amount of about 600 million dollars from Consolidated Edison (ConEd), one of the largest joint stock companies in the energy sector in the United States. At the time, this parcel of land included an additional 1.2 hectares that have since been sold.

Moratorium on casinos in Southern New York to end in 2023

It was during the year 2013 that the state of New York allowed land-based casinos in its territory. Nevertheless, the law provided for the opening of only 4 such establishments in the north at first to give them time to establish themselves.

Then, 3 additional complexes were also to be developed 10 years later in the south where New York City, Long Island and the Hudson Valley are located. The moratorium on casinos in the southern part of the state will end next year. Various projects are therefore beginning to be formalized.

According to leading experts, 2 licenses should be granted to the gaming halls Empire City Casino at Yonkers Raceway and Resorts World New York City in Queens. The other candidates would then compete for the third license.